A Tip? For Me? You Are too Kind....
Signage Offers Free Gift to Shoplifters

Retail Balls Awards: A REGULAR GAS STATION CUSTOMER HAS TANTRUM AND GETS TOLD 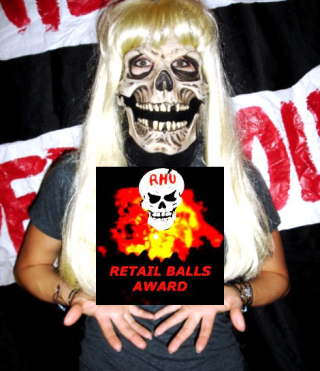 We had this woman come in one day. I was by myself (I’m always being left alone in the store, even though rules say you’re not supposed to do that… sigh) and this was back when I was full time in the gas station. It was raining, and this woman called in, yelling something about how the machine wasn’t reading her card.

That was a VERY common problem. Most people would lift the nozzle before inserting the card, or not lift it at all, and the transaction would void itself out because of it… and she’d tried more than three times, meaning that her card COULD NOT BE USED AT ANY PUMP FOR AT LEAST 30 MINUTES! Safety feature, y’know, if someone swipes your debit card and tries filling up too many cars.

I called out, told her that she would have to come inside and leave me something to hold so I could turn her pump on. She storms in, screaming that she doesn’t want to prepay, she wants to fill up. I explained I needed collateral, and I would turn the pump on, and she could come back in.

Woman: Didn’t you hear me?! I don’t WANT to prepay, I want to fill up! AND I don’t want to come back inside, it’s RAINING!

Terah: Okay. Now, I can’t preset on a card with the registers for gas alone, it shuts the registers down. If you go and get something, like tic tacs, or gum, I can set your gas for $100. Anything you DON’T pump will go back onto your card automatically! *smilecheerfulpleasedon’tyellanymore* 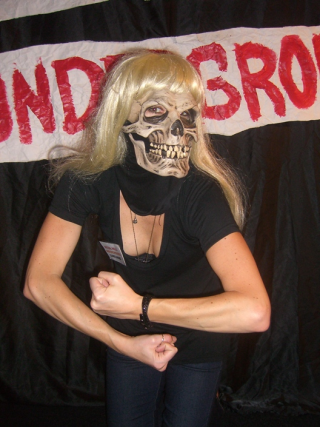 So she went around and loaded up on junk food and crap like that, ice cream and the like… and slams it all down on my register.

Woman: Can I buy cartons of cigarettes over here?!

Terah: Oh, you need cigarettes, too? No, I can’t go get any, because I’m by myself, but if you take this all into the Smoke Shop, through that door right there, I’ll call over and explain what’s going on, and they’ll be happy to do what I was explaining.

Woman: OMFG I DON’T BELIEVE THIS! EVERY FUCKING TIME I COME IN HERE IT IS ONE FUCKING THING AFTER ANOTHER WITH YOU PEOPLE! I CAN NEVER GET GOOD SERVICE HERE; I AM NEVER SHOPPING AT THIS FUCKING STORE AGAIN!

…and a few other ‘colorful’ phrases I’m leaving out to be polite. She shoved everything at me and glared.

She just went to leave, her face was red with pure anger, and the other customers were staring at her like she was insane. Just before she got out the door, I told the guy behind her, loud enough that I knew she could hear:

Terah: I’d tell her to put this stuff back, but I’m worried that psycho might snap and kill me.

Never got a complaint and I know she heard me… and, guess who came back for gas the VERY NEXT DAY?