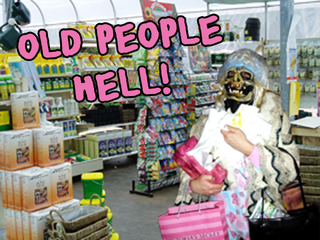 Cindii here! Long time since I've been on here but what happened on Saturday just HAD to be submitted!

Right, since my last post I found work in a bingo hall. It's pretty cool working there, my co-workers are awesome and if I want to learn anything new they are more than happy with teaching me.

So I've been working here for nearly 9 months now, and about 6 months ago I learnt how to call bingo. The general concept of calling is very simple but it is also quite complicated.

Anyway before this I hadn't called bingo in a good few weeks and now I'm calling it for the next two weeks due to the regular caller being on holiday. Whatever, I haven't got a problem with this. I get to talk to people and have a laugh too.

The only thing that I find hard to maintain is speed. I never know if I'm going too fast or too slow and it does annoy some people if you call the numbers too fast, but most people are fine with it.

I was calling one of the sessions (each day has a few different sessions - each a few games long) and during the game a woman shouted at me to slow down but I didn't see anything wrong with how I was calling, so I carried on as normal. After the session I went to the main reception and the woman followed me, and started shouting at me, something to this extent:

"You're an awful caller, we don't pay to see how fast you can say numbers, I've never had to complain about anyone besides YOU. I'm older than you, you know!"

I was stunned. I've had people criticise my calling before but I've never had someone be so vicious to me. She said the same thing to my manager, who backed me up 100%, but I didn't even know how to react. I would never talk to someone like that, especially when they were doing their job.

I was calling again the next day, something I was really anxious about after this, but it went off without a hitch. I got so many people complimenting my calling and I even got a hug off somebody who had won. A couple of customers said they wanted me to be the regular caller, but sadly I'm only a part-timer!

I suppose the moral of this story is that although some custys are absolutely awful but there are those who are truly lovely.

I haven't been in a Bingo Hall since the late 70's. The one thing is most people play up to say 6 cards and are fine with the speed. The problem is the people that take up about 3 seats playing about 30 cards. They are always complaining about the caller being too fast, while everyone else only gets impatient, when the 30 card person is happy. Though shit on the 30 card person.

To quote a coworker. She was being crunchy.

2 types of old people: Super sweet, wouldn't say boo to a goose, and still alive because the last time Death came to collect their soul, she made him tea and homemade cookies, so now he's too embarrassed to pick her up,

And: Evil bitch still alive because Satan himself said "Hell No" and she wound up beating Death with her cane when he came for her anyway. There is no in between

You know, that's pretty accurate. My nan was definitely one of those sweet ones, I miss her quite feroociously.

My mum's adoptive father on the other hand...we were pretty sure he was never going to die and my uncle literally danced on his grave when he did.