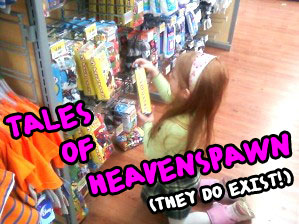 I haven't sent anything since my last post since I thought it'd be nice to send in a good customer story. Today I had the kind of experience that restores my faith in humanity after working in retail.

My work was doing a food drive this weekend and this afternoon, since I was so frazzled looking by the time I took my second break, I was asked if I would like to be in charge of handing out information leaflets (which included a list of items we would accept as donations) and collect the donations in a trolley at the front of the store. I had so many customers who are normally so rude and horrible to me/other staff members who took leaflets and bought whole bags of extra food to donate.

It was nice to see that even the people who are total dickheads to retail staff are capable of doing nice things. But that (even though it did put me in a better mood) is not why I am writing today.

I am writing because of one kid. He looked to be about 10 or 11. Our conversation went as follows:

Kid: Why is there a trolley with food in it here?

Me: It's food that's being donated to the hungry in the local area. 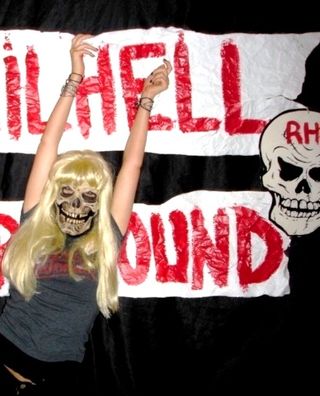 Kid: So it's all being given away?

Me: Yes. People buy food and put it in this trolley and we give it to people who can't afford to buy food so they don't go hungry.

At that the kid's dad caught up with him and they walked out of the store. The kid had a very serious look on his face.

Not two minutes later he runs up to my trolley with a packet of instant noodles and says "I made Dad buy these for me but I think my noodles are better in here" and put his noodles in the trolley.

He didn't leave until I promised him that I would tell whoever came to pick up the food how to cook the noodles right.

The fact that one child was more generous than most of the adults that walked by was enough to keep me smiling even when I went back onto a checkout (at least until they were late letting me off at the end of my shift, but c'est la vie).