Sidewalk Signage: Going Out on a Limb
Piggy Shopper Hell: The Inside Out 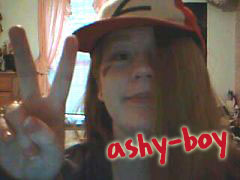 SO~ I had my first actual day working for Balls a couple days ago. Which meant I was supposed to be training.

BOY OH BOY~ If you're all looking for a job where they take you gently into the position and train you decently, do not work for Balls. The manager told me as soon as I came in that I'd be working with another slave, and that I'd shadow her for an hour to watch how things were going before they put me on my own register and had someone shadow me for the last five hours of the shift. Cool, I could deal with that.

Not even fifteen minutes after I started to watch this other co-worker work, the head cashier came up and dragged me to another register, had me count out my money, and flicked my light on.

I shit you not. I was literally alone up there, with only the basic clues as to how this computer register worked, and suddenly custys FLOODED in. It was like a nightmare. I was overwhelmed, got mixed up on several simple transactions several times, and had to keep calling to the guy who was supposed to be watching me to help.

I felt like an idiot because each time he came over to 'help', he'd act like it was the biggest pain in the world, even though that was what he was supposed to be doing. Then I got a lecture each time I didn't manage to sign up a customer with a Scorecard, which is this little grocery-store like card thing that earns points for every dollar you spend at Balls. It's useless for people who don't go there often enough, like me. But heaven forbid I didn't sign up every Jack, Mary, and Cock for the shitty thing.

At one point I was ringing people alone. Literally no one else was on a register, and the guy who was supposed to be helping me was nowhere to be found. No heads up, no nothing. 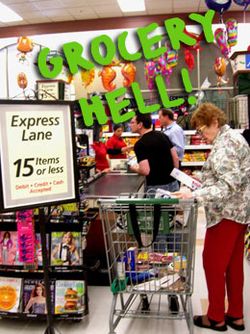 On top of that, we had fifty million fucking returns that day, which were hard enough to master without having the custy pissed off because I was too slow or something else. I began to get the hang of it only after screwing everything up at least a dozen times, thankfully, so things started to go smoother...no thanks to my supposed 'help'.

I mean, seriously, I don't mean to be bitchy, but I'm brand-fucking new. The point of me having help is because I have NEVER DEALT WITH THE SYSTEM THERE BEFORE. If you're going to provide me some guidance, fucking don't half-ass it. I nearly went into the bathroom and cried, I was so fucking over-whelmed.

And, of course, we got a rush as I was supposed to close up, which I also didn't have an inkling how to do there at Balls, which they all must have forgotten. I didn't get my light off and get myself into the back with my things until an HOUR after I was supposed to have left. More hours? Cool. But leave it for when I know what the fuck I'm doing. I was so happy to get out, you had no fucking clue.

To top it off, my sister sent me a funny text message that day: 'I love you Ashy-Boy'. Just out of the blue. My entire family got something similar, so you can imagine what we thought. She's fine, thankfully, but it wasn't any help, and it's not as though I feel comfortable around my co-workers there to say anything about it.

Co-workers in general reminded me of a high-school. It's seriously turning into the worst retail-experience ever, and it's only just begun. I'm so getting out of here as soon as Short Stop opens back up, Honky-Tonk bitch be damned. I'd put up with a MILLION Honky-Tonks before I submit for years to Balls.

Thank heaven Hairy-Dickson's is a much better place...the co-workers there are all so nice and funny. They like to talk to me, too, which is always great. A couple of the girls working Motor Clothes last night talked to me about Balls and how it went and told me that if I had the chance, I needed to leave.

Am I just being too over-sensitive, RHU? I just feel like if this is how I'm treated while being a new face, it won't get any better.