Sidewalk Signage: All Bois Welcome
Customer Reject: Avocado Wants to be a Plum

This story was originally posted on August 05, 2011 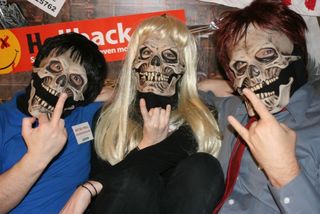 Just thought I would drop in and let everyone know that I quit working for JC Killme Portraits! We got a new manager a couple of months ago. She is honestly the most incompetent and meanest bitch I have ever had the misfortune to work under. Storytime!

A few weeks ago, I went in to work sick. I wasn't terribly sick mind you, just an ear infection. Unfortunately for me, the unbearable heat that we are forced to endure out here in Oklahoma made my symptoms worsen. An hour into my shift, I got really hot, dizzy, and nauseous. Knowing it wouldn't get better anytime soon, I called my manager to let her know that I would need someone to come and relieve me. I followed company policy and called absolutely everyone on our area call list. I couldn't reach anyone, so I called my manager back and let her know. She said it was okay and that she would come in.

So she gets there and starts bitching at me! Apparently, following policy when ill will get you written up! She then rants about how I'm not doing enough to hassle people into coming into our studio (I made calls from our list AND walked around approaching shoppers with all of our current coupons AND took coupons home for my dad to take to his factory to hand out.) She went on and on for about 10 minutes. Wouldn't have been so bad if she'd bothered to take me someplace private to do this. Instead, she does it in front of about 10 people who are standing at the customer service desk by the studio. I naturally complained to HR, but they didn't do shit.

Last Thursday, I was called in to work a few hours in the morning because we were really busy. Everything is fine until my coworker, (we'll call her Angel cuz she was nice most of the time) came into the camera room to tell me she had to leave. Her daughter had apparently fallen and busted her head open, and she was needed at the ER. No problem. The appointments were 40 minutes apart. We would only run behind by about half an hour. All the custys that came in were very understanding and didn't make a big deal.

I finally clock out at 2:30, half an hour past lunch closing time. I happily went down to meet my mom who had brought me niece and dog in for pictures at 3. I took the dog to a petstore while my mom went shopping for a little bit. I decided to call my manager to see who would be in at three. She told me that I would be working the rest of the day (WTF bitch! I can't take my nieces pics, it's against policy) and that my not being able to take a lunch break later was a personal problem.

So it was that I went back up and told my mom. She was rightly pissed just like me. I broke policy and took my nieces pictures like a good slave. Not long into the session, I started to get shaky. I'm a diabetic and needed to eat. So I decided that it would be a good idea to leave before I passed out. I followed policy and notified Bitch and the district manager that I needed to leave and couldn't wait for a replacement.

A few days pass with no calls from management or HR, so I call to see if I'm fired or if I needed to hand in a letter of resignation, because I decided the studio was a shitty place to work.

Bitch texted me and said I was welcome to hand in that letter whenever I liked. So that's exactly what I'm going to do when I go to pick up my nieces pictures. Here's the letter. Let me know what y'all think!

PS: I'm keeping the nickname since I'm still a photographer. I'm starting my own photography business when I move in a couple months. 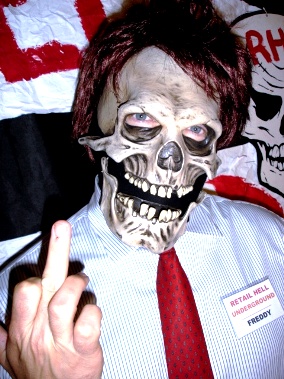 To whom it may concern,

It is with deep sadness that I must tender my resignation from jcpportraits. Until a few weeks ago, I considered this to be the best job I have ever had. Unfortunately, the recent changes in the studio have caused me to rethink this.

I feel that I am no longer seen as a valuable member of the team, but merely as a pawn to be used for the financial gain of the company. Over the past several weeks, I have been severely mistreated. I am sorry to see the studio decline to such a state that it is not a friendly place to work at.

I am resigning, not for the company’s sake, but for my own emotional well being. Effectively immediately, I voluntarily resign from my position of Studio Associate.

I do wish to offer my sincere thanks to the company for the wonderful learning opportunities. I will be sure to treat this knowledge well and apply it to my life and career.

Too late now, of course, but I'd have given specific details in the letter as to why... "On exty date I had Y problem and following procedure Z, notified asshat, assistant asshat, other asshats and was unable to find a replacement. I contacted asshat to notify of this again following procedure and was given five pounds of bullshit as to how I should have tried harder. On date exty2..."