Travel Hell: You People Are Idiots 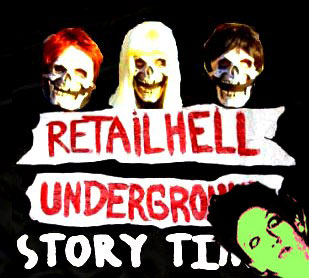 I was flying from Sydney to Melbourne one day after work, I had come straight from work so I was still in my uniform.... I'm in the Royal Australian Navy. I had also been working in the magazine all day disposing of out of date ammunition and checking explosives (stock take and batch testing). So you could imagine I was covered in trace amounts.

So I had checked in and headed to security, got selected for swabbing, walked up to the security person and stated (at the same time as presenting a Defence ID) that the test will be positive due to the fact I had been working with explosives and ammunition all day (mind you I was still in my cams as well).

The little security chick loses her shit, hits the panic button and the AFP come out of the wood work, crash tackle me and start to arrest me, I am hauled up and taken to an interview room, my bag being carried by some troglodyte from security, mind you this is also a standard issue field day pack.... Security is then claiming I am an impostor and that any one can purchase the cams I was wearing online and reproduce the current defence ID.

The Australian Federal Police (AFP) hears him out, then wants my side of the story. Basically long story short, they believed me after speaking to my CO and him explaining what I had been doing and confirming the fact that I am a member of the RAN!

I could have taken the whole place for Defamation and all that fun stuff, but its too much effort. I can't be bothered doing that.

The look on the Security Guard's face was priceless when the AFP Sargent proceeded to tell them they were an idiot for thinking a member of the RAN, in uniform, with ID, would be a terrorist.

Maybe in Australia, uniformed personnel are absolutely trustworthy. Here in the USA, there was an incident, to quote from Wikipedia: "Nidal Malik Hasan (born September 8, 1970) is an American convicted of fatally shooting 13 people and injuring more than 30 others in the Fort Hood mass shooting on November 5, 2009. Hasan was a United States Army Medical Corps psychiatrist who admitted to the shootings at his court-martial in August 2013." Nidal Hasan was a commissioned officer, a Major, in the US Army. You could look it up.