Walmart Pharmacy is Always Ready
Retail Robin: Can't You Just do It?

Closing Time Nightmare Revenge: Flutilicious Gets Her 15 Minutes Back 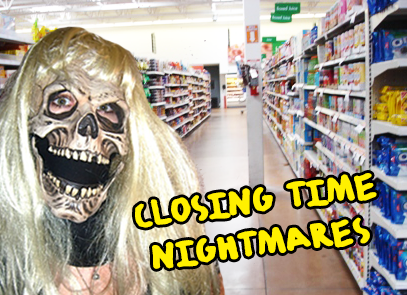 My coworker and I were threatened with write ups last week.

This happened last Sunday.  It was the last day of a (basically) half-price sale (The sale was $50 off of every $100 spent)so of course it was crazy busy.

On a normal Sunday we have three people on the schedule for the majority of the day.  For some reason one of our usual Sunday people needed it off, however the SM did not bother to schedule anybody else in her place.  We had a part timer (R) who worked open to close (we are only open 7 hours on Sunday), the SM worked four hours and I worked four hours. (the extra hour is opening and closing the store).  Since it was the last day of the sale we also had to change the ad signs.

R took care of the majority of the customers in the morning while the SM spent most of her time in the back, and she started a big project that she knew she wouldn't finish, never mind that it's against company policy to do any tasks on weekends.  The store closes at 6:00, the last customer did not leave until 5:30.

The SM called at least three times after she left to see what the sales were (why the heck she just didn't stay all day is beyond me...well yeah, she's the SM, if she doesn't want to work a full day she doesn't schedule herself for one). I finally got back to her at 5:45 to tell her that we were at almost $2500 in sales (more than double what we do on a 'normal' Sunday).  When you consider that the sale was basically half price, we sold about $5,000 in merchandise.  SM tells me to start the ad change so we can be out by 6:30. 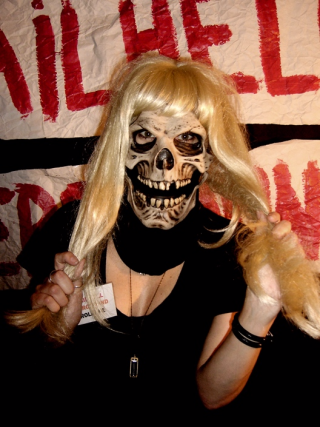 I couldn't find the signs I needed because the SM didn't put them back in the right place when she did the last sign change, and the window signs were torn from when they were changed for the last sale (again, the SM's doing).  By the time we got everything together, finally got the window signs put up, we had about 10 minutes to change the rest of the store...so we basically were running like headless chickens to get the signs up.  We didn't even touch the rest of the store...the SMs mess was just as she left it (maybe a little worse because custys shopped it), stuff was still in the fitting room from the last custys.  We ended up punching out and leaving at 6:45.  Monday morning SM sends a nasty group text yelling about the state of the store and since we only had two transactions in the last hour we weren't busy...then she threatened a write up.

R responded that most of that was HER (SMs) mess that she left, and I responded that if she even tried to write us up for having a $2500 sales day that I would turn in my keys.  R had already given her notice and only had two more days to work.  I wasn't scheduled again until Friday.  I punch in, check my time and find out that SM had adjusted R and my time back to 6:30 on Sunday...basically having us working the last 15 minutes without pay.  I talked to R on Friday, she said she has already contacted the DM and was going to go to the RM and HR about it.  I said I'll find a way to get my 15 minutes back (which I did...that's coming in the next paragraph).

Friday I worked and I was livid about the time adjustment.  The AM opened and I closed.  All the AM could do was complain about her period, left me to deal with the custys while she hid in the back.  My first hour at the store we did $1100 in sales.  After the AM left another part timer, T came in and worked a 4 hour shift.  Before she left, the AM decided she needed to talk down to us like we were children and tell us what needed to be done, and tells us not to worry about recovery since it was just two of us and it was a busy day.  T and I worked our butts off, did another $1,000 in sales and got everything done that we were supposed to.   Saturday morning, the SM says we didn't recover the store because we only sold $57 in the last hour and she found one hanger out of place.  Commence another 5 year old discussion that we aren't doing our jobs...despite the fact that we had high sales for the rest of the day.  (Yes, the SM judges the entire day based on the last hour). With everything we did, one hanger out of place isn't all that bad.

I volunteered to take our deposit to the bank on Saturday.  There's a McDonald's on the way to the bank so I pulled in, got some breakfast, sat in the parking lot and ate it, then went to the bank.  When I got back to the store I told the SM that the bank was busy.  So basically I got paid  for sitting at McDonalds eating a sausage biscuit with a cup of coffee.