Retail Robin: Can't You Just do It?
Adventures with Cartie: Potty Dilemma 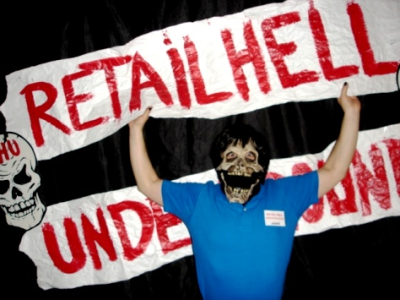 I had my first shift in probably WEEKS today, because someone else called in sick and I was the only person to answer their phone.

It wasn't too bad, I didn't mind. I had a pretty awful week and having to be retail happy made me actually happy- several of my favorite coworkers working today helped with that too.

So, it's almost Easter. Story time:

The friggin holiday aisle is 1/3 empty and it's just DESTROYED when I walk in. There were a whole bunch of extra people in today for whatever reason, so everyone who wasn't on cash was cleaning and facing. I took the Easter aisle because I wanted to see what was there; there's small kids in my family, if I can get some tips over to the ol EB on cheap chocolate I will. I spent a solid two hours cleaning and running stuff back- a lot of which had nowhere TO go because it was the last item of its type.

Ok, totally good, its decent and looks presentable. Go help out at cash for half an hour, have some more returns from customers needing three of the same bunny basket to keep the little ones happy and all, and a few more last-one things to find homes for. I go back and do that, straighten up the candy some more as its ransacked. 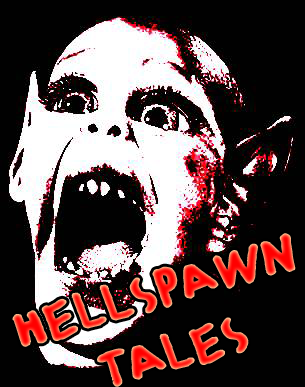 I'm doing my minimum wage thing, guy comes in with his spawn. They're looking up and down the meager Easter offerings left. One kid takes off way down to where the summer stuff is trickling in while the other is touching EVERY basket. Dad sort of meanders through looking at stuff and making a few comments. Literally five seconds after they get in the aisle, the little girl has knocked five baskets on the floor. I am standing less than 5ft away. Dad is RIGHT BESIDE HER SAYING NOTHING. Son is messing around with stickers about mid aisle. Son and Daughter go racing behind me as I'm putting more stuff back up and go dodging around these baskets I'm trying to pick up and starts yanking down ALL of the bunny ear headbands. Like a good quarter of all those headbands come down and make it to the floor and the candy shelf below.

And again, I am STANDING RIGHT THERE with my apron and blatantly putting shit away. And Dad does nothing, says nothing. Kids give no fucks. I just literally stood there so dumbfounded. I put the basket down and walked away. I could not believe this blatant piggy behavior happening RIGHT beside me. I went a few aisles over until I saw them move somewhere else before going back to fix it all.

Christmas wasn't even this bad. I swear everyone up here is stir crazy because of the awful winter ending- and they go and take out all that energy being a disaster in my damn store.

This moron father should be forced along with his rotten kids to clean up the display!