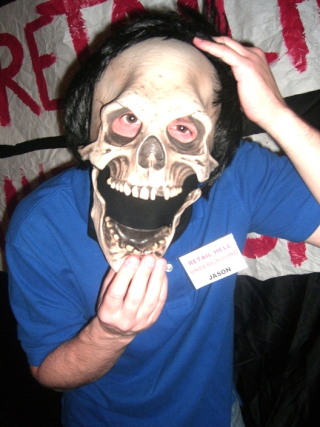 I currently work as the head RN of a medical practice ran by 5 doctors, all who are friends.  One doc, however, the one who hired me-when this practice first opened 8 years ago, is a piece of work onto himself.  But that is not why I am writing, at least not today.

The medical clinic I work at serves as a primary care clinic for the locals. We also serve as an urgent care clinic. 2 of the 5 doctors are dentists, one who is basically a dental surgeon. We have an in house lab, the ability to set broken bones, (depending on the severity of the broken bone) do x-rays, minor surgeries, stitches, minor to major dental work, Colonoscopy’s (shoving a camera up peoples butts and down their throats for cancer and other screenings is not the highlight of my day) and stuff like well baby checkups, strep throat treatment, pap smears (also not one of the highlights of my job) and physical exams for bus drivers or whoever needs one for work or non work related purposes and we have stuff like an in house lab for blood work. You get the picture.

My job continually convinces me that the only thing certain in life other than death and taxes is the nature of human stupidity.

I have nothing against heavy people. If you obese and happy, great. I had a gentleman come in, who weighed around 550 pounds, who complained of a skin rash on the folds of his skin.  From the smell of the rash, it looked like a fungal infection to me.

I began to examine the irritated skin, (thank god for gloves) and as I lifted one of his folds of fat where it was the worst, a turkey sandwich fell out.

The man figured it was a month old. The smell and mold confirmed it. I threw it out, gave him some cream and told him to clean the area and put the cream on it irritated skin.

I had another patient come in, complaining that his butt was hurting. He was 21. I took him to xray. I let the xray develop, but wasn’t in the room when the Doc came to look at them.  I heard the Doc treating this guy go “OH MY GOD” and went to see what the issue was. 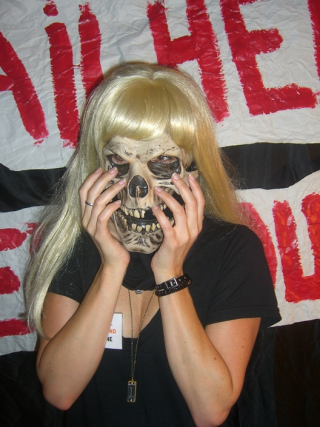 The man’s rectum and entire colon was a solid mass.

Thinking he had some advanced stage of cancer, I hurried back into the room to ask him how long this had been going on and to give me some more info (we were busy, I didn’t get a chance to get many details from him before the xray) and the man turned 5 shades of red.

I gently explained we can’t help him properly unless we know when this pain in his rear end started and how long it’s been going on.

That’s when the truth came out.

He and his boyfriend of 5 weeks recently began having sex.

After one too many beers the night before, one of them had the bright idea to pour fast drying cement mix down a funnel into his rectum.

Under local anesthesia, two of the docs (one of them is a former trauma surgeon who got tried of the wild hours the ER provided) and myself were able to remove the perfect mold of his colon.

And one ping pong ball.

I had a young female patient, who was 26. She seemed fine, and I came in to take her blood pressure and such, I asked her what the problem was.

She explained she was having unexplained pain in her cooch area.

I asked her if it was okay to do a vaginal exam on her, and that we have a female doc working that day if she would be more comfortable with her rather than one of the male drs. She asked for the female doc.

I let her get undressed and handed her a gown, and when we were ready, I go Sue, our only female doc on staff.

It didn’t take long to figure out what was causing her woes.

A set of car keys.

The woman explained she didn’t want her boyfriend taking her car so she hid them where “he never goes.”

You'd think it would click before she went to the Dr..."Hmmm...I have pain in my coochie. I recently shoved car keys up there. Maybe the keys are related to the pain...."