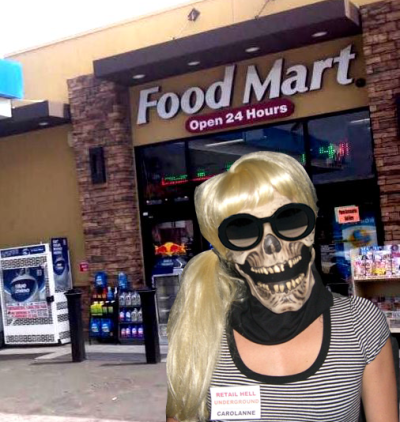 So it was a lovely insane day at the petrol forecourt, everyone was  a little, umm, odd. There were the middle-aged little boys who stamped out of the shop because the coffee machine was working at that moment, cursing and swearing about how unfair it was and how shit we are. There were the idiots who come in the exit and park the wrong way, who when we ask them, politely, to turn around go into a fit about how they aren't thieves and how dare we! (Pump and runners often face the wrong way so we have been told by the area manager to make them turn around, this is an area manager suck.) One even tried to scare me by turning around and moving as fast as possible as if he was going to hit the pumps or the bollards, which actually made me laugh because, well, pumps and bollards will hurt his car more than he'd ever hurt me.

Then there was Mr Important, he'd spent the best part of ten minutes slowly making a coffee while talking over Important Things on his phone and blocking anyone else from being able to because obviously he's the only person in the shop. Then he continues to wander around the tiny little shop talking loudly and Importantly. Then another customer comes in to pay and tells me that a Range Rover is blocking the middle of the pumps. I knew it had to be him. So I asked him if it was his, of course it was, so could he please move it as it is blocking the pumps for other customers to use. He said he would and didn't. After a few minutes I asked him again and he shouts that he can't while he's on the phone. I don't have to be sickly sweet to arsehole customers, thankfully, so I suggested that he actually hang up and move the car. He slams his unpaid coffee down and storms out, still on his phone and I think no more, of well we lost a sale of coffee just because he didn't want to get his hair wet. Weirdly, ten minutes later he comes back in hands me a tenner and says "Large coffee £2.40" as if I can't read or don't know my job and when I hand him the change silently he snaps "£7.60 right?" I just smiled. He was not happy. He really needed that coffee. 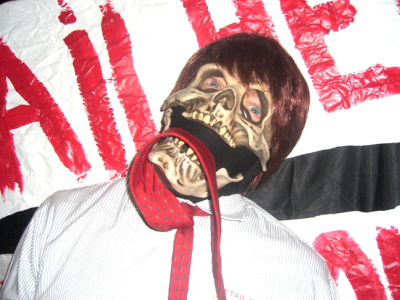 Finally there was Mr Creepy. He's new-ish to our place but has become a semi-regular for about a month. He's very loud and very imposing, though not to me as it's hard to cow me, he looks like Brian Blessed and Boris Johnsons' love child. I listen to the radio at work, it helps my sanity levels, and I dance and mime along to the words (I don't inflict people with my singing) and I genuinely don't care what others think about it. Mr Creepy likes me singing along, he really likes it. He asked me many questions the first time he came in and saw me, including does my husband approve? Because I need permission from a man/woman/wookie to do what I wish that doesn't hurt others.  I told him my ex-husband had no say in what I did and I knew it was a mistake because then came all the creepy questions. Just ugh. This time I wasn't singing or dancing because there was nothing on I wanted to join in with and immediately he starts commenting about it. Then he tells me to start singing. My polite smile drops and I refuse point blank, then he asks when I'll be singing again, to which I said later, "Oh when later?" to which I replied I didn't know, because you know I don't run of a bloody schedule, spankfish. I didn't say that last bit to him but the tone did. He finally left and I really, really felt like taking a long shower in boiling water.

Today was a funny day but I really am so very tired of the adult children.

All the talk about sock and boob and, shudder, pants money has reminded me of a fairly recent horror.

It was an early Sunday morning and a couple were getting coffee from our machine and a couple of other bits and pieces. They came up to the till and then the woman pulled out her purse and removed a rolled up £10 note only to giggle in a little girl way (hideous in anyone over the age of 7) and said to her partner: "Oh it's the one from partying, it's all I've got."

Then she hands me the rolled up note, I unroll it, and you are probably way ahead of me here, I get white powder all over my hands as I unroll it. My face becomes a mask, trying not to show the horror, then hand her the change. Thankfully it's Sunday and no one else is there yet so I tell my manager that I need to wash the money and my hands thoroughly before I scream hysterically. 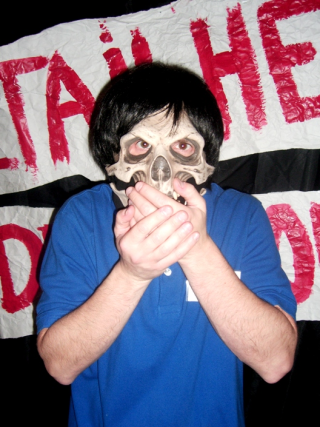 I'm not a germaphobe, I don't think you can be when you work with money that much, but the white powder absolutely freaked me out.

I finally encountered it, after all the years in retail, reading the sites saying that the customer just stared at the person as if the stare would change the answer they didn't like.

It finally happened to me.

I'm in the bakery/coffee bar and a customer comes up and asks if there are any more croissants available. There had been a rush and I had some in the oven so I told him so. He just stared at me.

So I said I was sorry there were no more croissants left and we were baking some.

He just stared at me some more.

I think my brain left for the moment because I just ended up staring back at him until I tried one more time: No there are no croissants, they're in the oven and they won't be available for at least 20 minutes (including cooling time).

Finally he stopped staring and asked me for a coffee. I've never encountered anyone like him before, he has a coffee loyalty card, he's going to be back.