Old Lady Calling: Do You Have Suggestions on How to Get the Lid Off my Mayo? 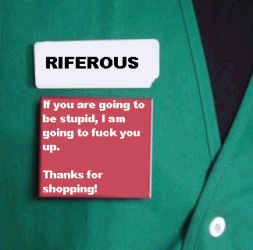 Sometimes, you can just feel yourself dying a little inside.

I just got a call from a little old lady.

She had bought some brand name mayo and couldn't get the lid off.

Yes, she called and asked to speak to a manager because she couldn't get the lid off of her mayo.

And asked if I had any suggestions.

I said, "Well, have you tried wrapping a towel around it?", but alas, that wasn't the kind of innovative logic she was looking for.

She asks, "Well would there be a plastic wrapper around it, and where would that be?"

"Well, there could be, and it would cover the lid and part of the bottle itself."

"Can you go check that for me?"

I'm halfway through a company mandated video that will be followed by a test, upstairs, in the back, on the opposite end of the building.

"Sure, let me put you on old. I mean hold." (I didn't really say that, but that's funny right there.) 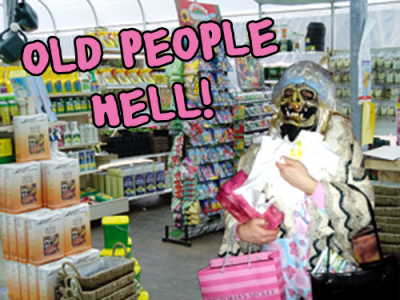 So I get to the mayo aisle, ask her which one in particular it was.

She only then decides to tell me that it was a squeeze bottle.

For those not familiar with a squeeze bottle of mayo, they have a screw on lid (at least most do), which is not tight, because there is an inner seal.

"Well, the ones I'm checking are pretty easy, they just twist right off, and then there is a seal across the neck of the bottle..."

"With a pull tab?", she interjects, telling me that she probably knows better what she is doing than she thinks she does.

"Yes, you grab that pull tab and pull off the seal, and put the lid back on.

"Do you have to take that seal off before you can get the lid off?"

What? "No, you have to take the lid off to take the seal off. It's on the neck blah blah same thing I've already said."

"Now I got some of the [other name brand she can't pronounce, here's a clue, sounds a HELL of a lot like SMELLMANN'S], and it had a wrapper around the lid."

"Would it have that seal inside?"

"No, that's what the outer seal is for."

At this point I'm thinking that she's going to actually have to drive back in and have me open the damn bottle for her.

Or she's going to demand that I come to her house, open the bottle, and spend three hours listening to stories about her dead husband and her 28 cats.

But aha! I have an idea!

"You can get the flip top lid up, right?"

"If you stick a knife in that slot and poke through the seal you will be able to squeeze it out."

"Well, you don't think that lid was made into the bottle, do you?" "Well, you don't think it's attached to the bottle, all one piece, do you?"

Would I still be having this conversation if that's what I thought?

"Well if I stick a knife in through that slot and poke a hole in the seal, will that be sufficient?"

You mean what I told you to do two minutes ago???

Yeah, I think that will be fucking sufficient!!!

I wish, I wish, I wish I didn't have to be back here at 7 in the morning, so I could go kill enough brain cells to understand people.

and for Grocery Store Hell stories and pics go here