Bad Product Names
You Had One Job Target 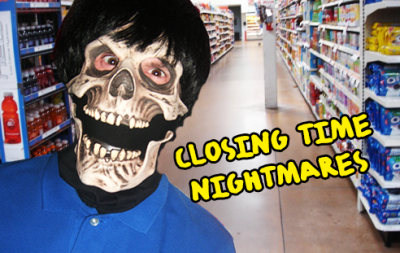 Many moons ago I worked for a big box computer seller; the red one that for a while had exclusive rights to sell Apple Computers - though this isn't about Apple.  This is about the time that closing took much longer than usual, and custys were *not* to blame.

I worked the "upgrades" counter at this store; which is where RAM, video cards, hard drives, CPUs, etc were stored.  Basically things that were physically small but very valuable.  We had a specific closet that we stored all these items in, and every night at close whoever closed the counter (often me) had to go into said closet and take a full inventory of what we had in there.  Count every single stick of RAM (thankfully all in retail packaging), every video card, etc.  The closet was the size of a very small bathroom.

One night I went in to said closet, starting 10 minutes to close as usual, and began inventory.  I was done around 20 after 9.  I came out and saw that the store lights were dim. I thought that seemed ... odd. I made an overhead page in case people were in the break room waiting
for me.  No answer.  Eventually I realized that the manager (and the other last employees that day) had closed and left without me. 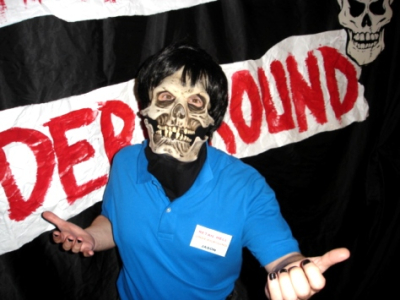 I realized the alarm was on, as well.  I knew where the cameras were, and looked at one.  Then I intentionally walked to where the alarm would see me, keeping myself in front of the camera the whole time.  The alarm started to wail.  I think it even announced something like "you have set off the alarm", though it was years ago and I'm not sure any more.

Eventually the local police showed up.  I happened to be sitting near the front door, and I could see them through the glass.  I was still in my uniform, which seemed to cause the cop to be a lot less worried.  A few minutes later my manager returned and saw me through the glass as well.  He then proceeded to open the door from the outside and come in with the cop next to him.

Being as I was still on the clock, I needed to clock out once he came in.  With the cop next to him, I offered to empty my pockets.  The manager who came back for me knew me well enough to know I wouldn't steal from the store, but the cop had never met me before.  Manager declined and told me to go clock out.

When I got back to the front door, ready to go home, he asked me why I didn't just leave through the fire door.  I don't remember what I told him but the honest answer was I knew there was another manager who did not like me, and I wanted to make sure if he really wanted to he could review the security tapes and see that I didn't do anything the least bit interesting while I was alone in the locked store.  The manager who locked me in did give me a bonus on my next paycheck for my inconvenience.