Retail Hell Underground Book: Read Thousands of Stories From over a Decade of Retail Hell 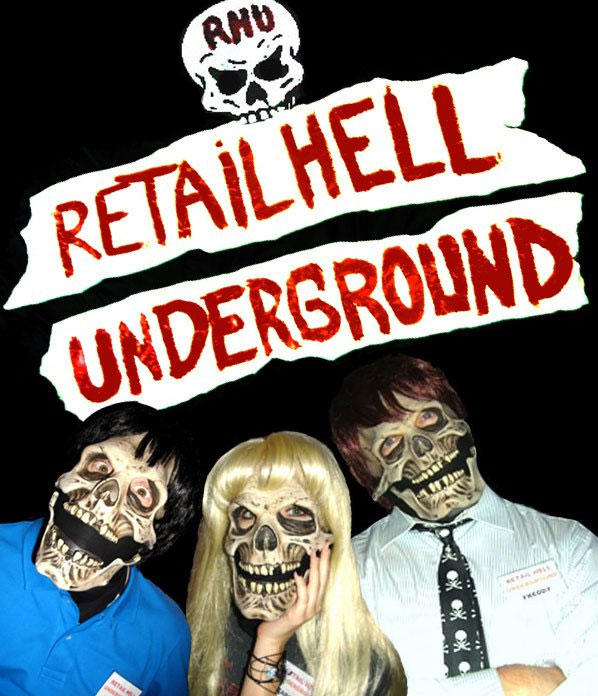 Although Retail Hell Underground is no longer posting new stories and pics, RHU has now become an amazing anthology of 7,000 pages of funny stories and pics spanning the course of 11 years. From Dumbass Custys to Entitled Bitches, there are over 30,000 humorous tales of retail and customer service life to get lost in. And RHU is home to thousands of funny pics to make you LOL.

The Retail Hell Underground Book is free and anyone is welcome to read the stories and view the pics here on the RHU blog roll. It will not be published elsewhere.  This is where it all went down in cyberspace and RHU Book is right here at your fingertips to feed you one monstrous customer tale after another.

Because there are 7,000 pages to this book we have created several ways for it to be read:

You can read Retail Hell Underground Book any way you wish. Below are the options.

Please note: The blog is 11 years old and was created with old technology and photoshopping. It has since been updated to a "responsive" layout which makes it smoother to read on devices like tablets and phones. However, some of the old posts look wonky with text and photos and will look differently. This is because of the conversion. Also in the first 4-5 years their may be posts where pics don't work because of coding or videos have been taken down from YouTube (they have purged sooooo much in the last few years).

We hope you enjoy your stay on RHU!

Warning - the first few years of RHU are very crude with lots of foul language from myself and members and lots of bad , but hopefully funny photoshop hell. And remember this is when blogs were first starting. The technology was different and everyone was exploring this new social world.

To start from RHU's very beginning, use the BANNER below. It's the very first banner I made for RHU. It was October, we were in a friends back yard, and the background was from a halloween store titled "Freddy's Boiler Room" from the Nightmare movies. A perfect backdrop! We searched everywhere for the perfect skull masks. We wanted them not too scary, and we felt these had great comical faces at times. When Carolanne put on her blond hair it was magical....

To read RHU Book by year, use the banner or date: 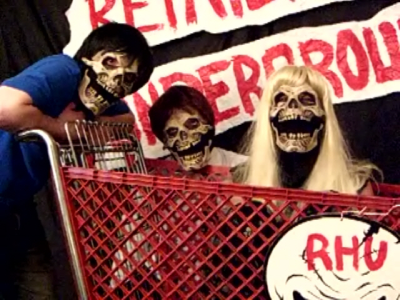 To read RHU by themed subject matter, there are over 400 themes to choose from: 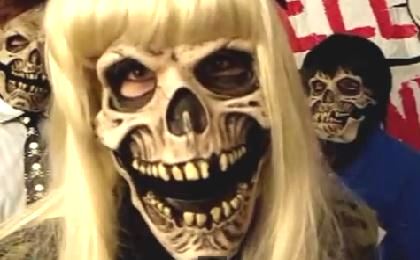 And if you want to Begin from where RHU left off?

Just keep scrolling! For the last month of October 2018, most of RHU was retrospective posts. To start from it's last daily post of mostly new Reddit stories and pics go here.

Whether you are discovering RHU blog for the first time or visiting after being away for a long time, we hope you have fun enjoying Retail Hell Underground The Book. It was built by hundreds of retail workers looking to blow off steam and laugh about the craziness of their customer service hell jobs. What they leave behind is a gift.

Retail Hell Underground Book will always remain at its online home, retailhellunderground.com and be available to anyone who wants to see it...

So long as they aren't a Crusty.