Retail Balls Awards: Dollar General Customer Demands to Use $100 Bill to Pay for $7 Item and Gets Told
Wearing broccoli and tamales? 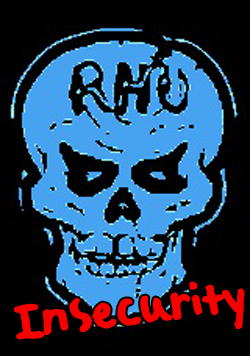 InSecurity here with another tale from the hell month this summer, this one's for my new boss, we'll call him JB.

It was nearing shift change, and JB and I were reading Ponytail in on what had happened and what was coming up for her shift. We then hear the screech of an angry harpy. We peer oot and see a red faced bipedal toad yelling near the entrance at the other end of the building. JB heads down to find out what is happening. I grab the phone, ready to call some cops and get the cameras on the situation.
Well, when he gets there, somehow, the harpy screech got louder. I'm not sure the biology behind, but it happened.
JB wasn't having any of that and calmly told her it was indoor voice and manners or leave. She decides that because he was not folding, it's time to bust out the phone and record the "harassment and stalking" as she gets walked out.
That is when she decides to do the dumbest thing I can think of: she grabs JB's collar and try to push him around. JB it turns out lives in the gym and soccer field after work lets out. He makes sure his uniform covers it up because he doesn't want to show off. JB doesn't move, she mostly moves herself around, so not as planned.
Thats it, assault means time for the police to take over, so I get on the horn and get the next shift officer who arrived on site early on the clock early.
Well, after the whole stupid assault attempt, the idiot decided to run for it, so she pushes another, random custy into JB and hops the elevator. I
I'm having a nice conversation with the PD operator and everybody else is going manhunter trying to spot our lovely lady. She gets away in her car, and PD gets some nice footage and overtime for all is had. Still was funny, watching her try to push JB around and fail.
--InSecurity
For more Security Hell go here