You Had One Job Target
Crook’d Hearts, Tight Wallets: another day in retail hell 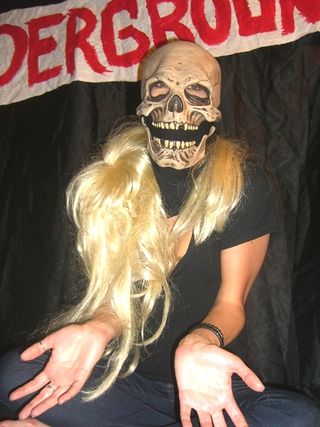 From Puppies in Prada

Soo... this is probably going to be my last post ever on RHU. I'll see some of you on RHU Facebook, I guess. Unfortunately, I don't have much to close out on other than a few signs of hope.

First: the new manager has been selected. Apparently she was a manager for a Starbucks and decided to move on to us. I met her briefly and shook her hand. She seems nice enough, though time will tell. I am SO VERY GRATEFUL that someone outside was hired, and that Lemkil either did not apply or was not selected.

Second: not much to update on the Lemkil angle. His notes about the register being off have silenced. Maybe the fact that I have people on my side subtly warned him off from trying to sabotage me. Patricia thinks he wasn't doing it on purpose; she thinks he just makes human mistakes and then simply gives up rather than re-counting. I don't see that as much better. sigh.

Lemkil apparently spouted some crazy to Allie... about the new manager soon to be firing everyone (but him) when she stepped into power. Ignoring the "delusional asshole" aspect of Lemkil's psyche, that's the most idiotic thing the manager can do, considering how hard the store would nosedive if the entire staff were gone in an instant.

And firing people one by one would be stupid too, seeing as the lot of us could simply walk away and refuse to train our replacements. People work for the Animal Shelter Thrift Store because they WANT to, over opportunities that we ALL have for better jobs.

And let's not even go over the fact that our local Director isn't an idiot, and would react immediately to a mass evacuation of the store. Lemkil, zip your howling screamer.

Finally: I guess this is goodbye, RHU. Thanks for everything. For being there while I vent, for listening and for sharing. For commenting and for simply being a community for us retail slaves. I will miss you all tremendously. be safe, be well, and don't less those crusties get you down!

--Puppies in Prada, signing off

So long and thanks for all the fish!

So sad that it has come to this

Cheers, Puppies. I'm going to miss your stories, since I don't do FaceBook either. Best of luck to you with your new manager, and may Lemkil's time at your store be short. Honestly, I'd've canned him after the first table flipping incident

Damn you TT!
*Hums "So Long and Thanks for All the Fish" for the next three days*