This Bathroom Signage For Employees at Ross 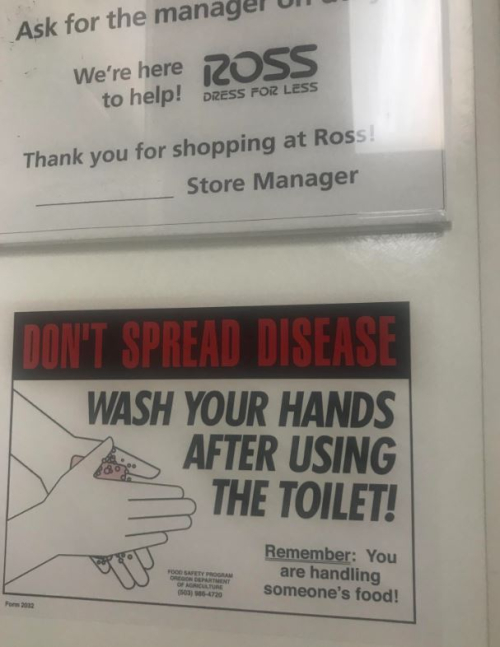 u/TurboTristan:  They make food at Ross? 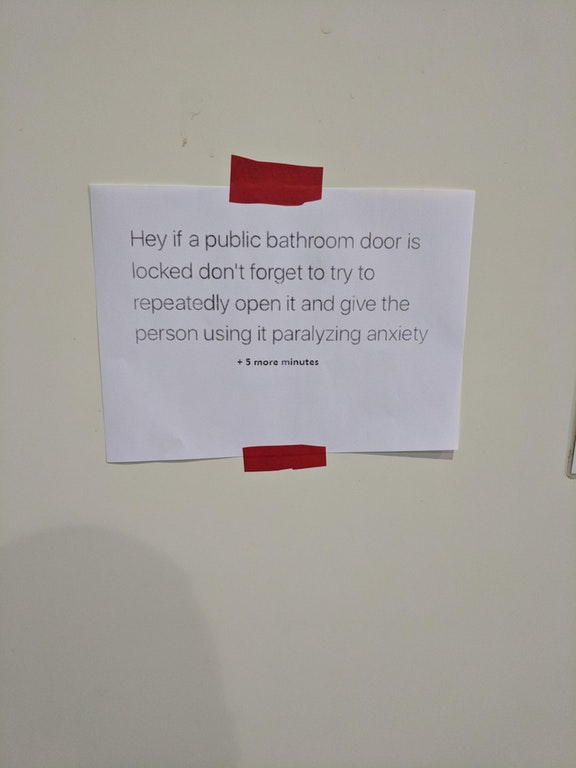 From  Vital_Granade: Came to work today and saw this note on the bathroom door. 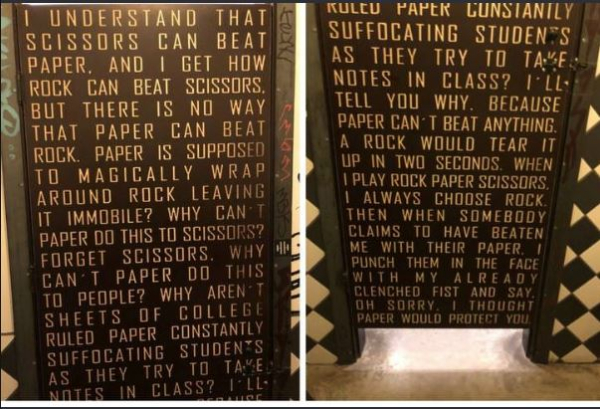 Monstrous Customers: "You really have no toilet? I gotta go!" From Manmadeking Tales From Retail:

My convenience store is part of a popular chain but the thing is the building itself was built in 1948 which means we don't have the same space to work with as our other stores in the area. The biggest gripe is we don't have a public restroom but it use to be that if a customer asked kindly we'd let you use the restroom we do have since it's easy enough to get into. After a few customers decided to abuse this (had a few leave needles behind, another buy alcohol and for some reason chug it in the restroom before leaving) it came to pass that only people who would need it for an emergency, little children and pregnant women for example, were allowed in there. That's the backstory.

It's graveyard and I'm working alone, making small talk with a regular (a nice old man who wakes up too early) while I clean up, when a woman bursts through the door asking where my bathroom is. I tell her there isn't a public restroom and begin to tell her about the one at the store across the street but she interrupts me.

Woman: You really have no toilet? I gotta go!

She asks (yells) this too loud for 3am, ruining the nice quiet of the store. I tell her there's no public restroom and try to tell her about the store across the street again. She interrupts again.

Woman: Well then where the fuck do you go?

I don't answer that question because that's a silly argument to begin. I tell her about the store across the street. She returns with that she tried over there but the bathroom is closed. Her car was never in their parking lot because I have eyes. She came off the road into my lot but I'm not going to question her because that's another silly argument to begin. I instead tell her that just down the road maybe two minutes away is a big grocery store open 24/7 with a restroom.

Woman: I'm not from the area, I don't know where the hell (other store name) is! Where do you go? Outside like a fucking animal?

Me: (other store name) is literally a minute east from here, just down the road here. I have no public restroom you can use.

Woman: I bet if I pissed outside you'd call the cops on me-

Me: (other store name), down the road, that way, has a restroom you can use.

The woman tries to pull down a chip rack that's bolted to the ground, kicks open the door, and storms out. I watch her begin to pee in my parking lot and that's when my regular starts laughing, apologizing for me having to put up with people like that, and I just sigh. By the time she leaves I have a bucket of hot water filled to dump on her pee puddle and the info my manager will want. Manager texts me later to tell me that lady isn't allowed in the store for "doing drugs in our bathroom" reasons and to call the cops next time. 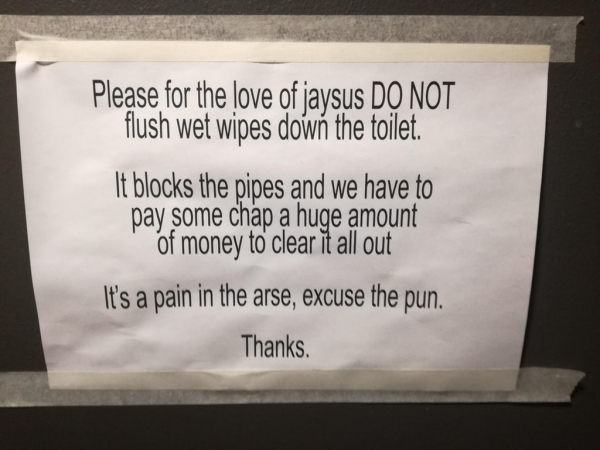 From mrmattohyeah: A very Irish sign in a Dublin bathroom. 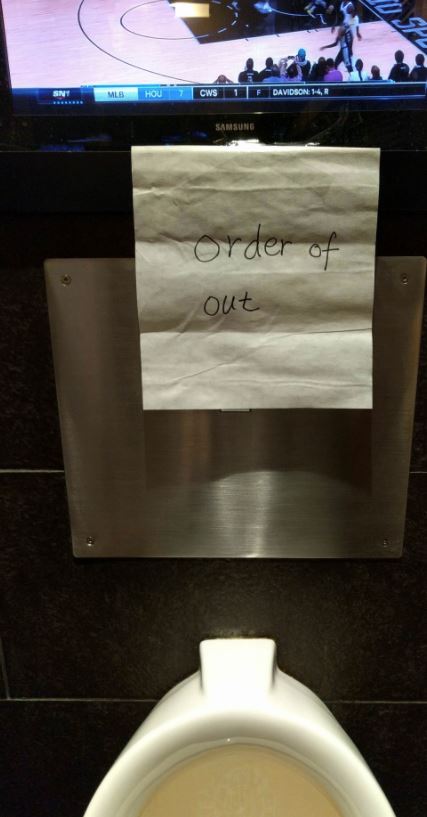