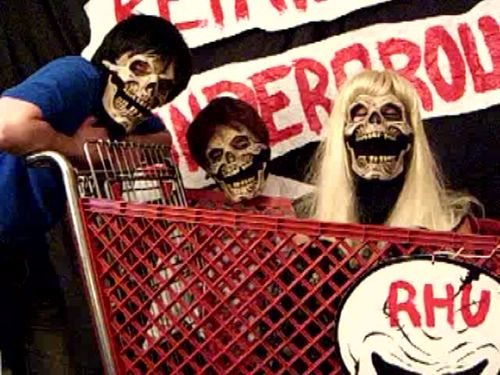 In order to comment on Retail Hell Underground you will need to sign up for a Typepad account because this is the blogging service used to power RHU Blogroll since 2007.

Once you have joined and taken on a screen name to protect your identity (if you need to do that) you are ready to comment on RHU posts. Please note that we often post stories from our comments section. We do this because there are so many great ones and we want to share with readers who don't comment. All comment story posts are anonymous, as with all content on RHU.

RHU is about laughing, inspiration, sharing stories, giving advice, and offering support to other members. Over the years of its long history we have had many issues with trolling, language, disagreements, and haters so you will find our rules here to be a little different than other social media sharing platforms. We do this because of the subject matter and to keep the RHU spirit of kindness and support preserved.

We are all about humor, inspiration, and lifting each other up. 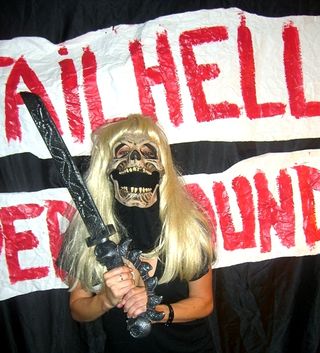 We do not tolerate “Shit Disturbing.”

A “Shit Disturber” is someone who likes to post or make comments that rile up other members and cause people to be offended. They often bully and argue with people using eye-popping fowl language while attempting to state their case. They often throw shade and troll other member’s comments and posts.

Over the years, RHU has become well aware of a Shit Disturber’s antics and we will quickly remove any comments that attempt to stir up shit and the Shit Disturber will have their membership cancelled.

If rules are broken, depending on the severity, automatic commenting membership cancellation is possible, however we usually try to work things out first if you communicate with us.

RHU commenting rules are to protect the spirit of the blog and maintain a happy, supportive environment. In the past we have allowed commenters to disagree with each other but after years of blow ups, we have come to find it does not work in our world because disagreements and negative comments perpetuate bad feelings and energy for everyone and they are witnessed by many. It gets really ugly and it’s no longer fun or supportive for anyone.

So these rules are in place to maintain peaceful commenting boundaries and protect the spirit of RHU, which is sharing stories, ranting about work, and supporting one another. 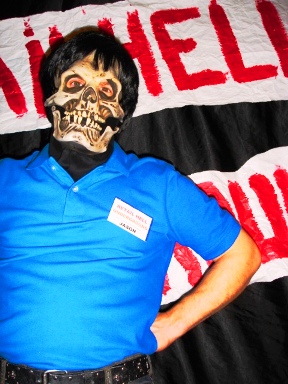 The 3 Golden Rules of Commenting on RHU:

1. There are no negative comments allowed on any post that is written by another RHUer (or random submission). This includes, personal stories, rants, observations, private photos, and videos.

The RHU Golden rule for this is:

RHU was created so people could rant about their job and receive support from other members. So the concept is to only inspire and support each other. Not tear down, criticize, troll, bully, or mock with sarcasm.

Example: Story about a customer complaining that they were rude because of their tone of voice.

Good Comment: Sorry you had a bad day, hang in there. Hugs.

Good Comment: I’ve had the same thing happen to me because of my tone. L

Bad Comment: But it sounds like you were actually being rude and you deserved what you got. The customer had every right to complain. You’re lucky you didn’t get fired. 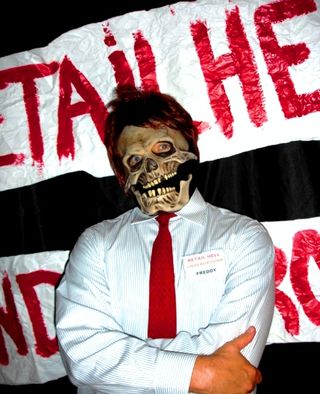 The fact of the matter is you are not going to like every single post that pops up here on RHU. We believe that if you see a post you don’t care for, perhaps because the person is being stupid, whiny, ridiculous, childlike, bitchy, whatever the case, the RHU rule of thumb is to say nothing and scroll on by. Don’t hit the like button and don’t write a single word. It keeps the peace and the cyber energy positive for the next person who will view the post in the coming days.

An addendum to the rule of not commenting in disagreement on a personal story or rant is if the Poster asks RHU for advice, like if they were wrong in a situation at work – did they fire someone unjustly, treat a customer poorly, get a coworker in trouble, etc. Commenters will be allowed to state an opinion about what the person did wrong, but only in a helpful way.

2. When commenting on Viral Pics, Videos and News Stories it’s okay to disagree with the link “information” in a polite way that is not offensive to other readers, however you may risk having your comment deleted if someone finds it sarcastic, offensive, or combative even if you feel you are just giving your opinion.

Example: Story about a 70 year old Walmart greeter being fired because he punched a thief who shoved him

Good comment: It’s because of legal issues, sad as it is.

Bad Comment: That old guy deserved what he got, choosing to work for Hellmart.

There are some that would be offended by “that old guy deserved what got” because it’s written without compassion for the worker. This is the kind of comment that may get deleted if we feel it is upsetting for other members to read. 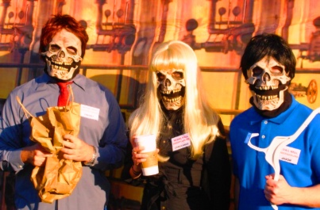 As mentioned above, we may delete your comment if we get a complaint even if you think it wasn’t offensive. We ask that you forget about it and move on to the next awesome thing you’ll see on RHU and try to be more careful in your word choice. Having your comment deleted doesn’t mean your membership will be cancelled, however repeat offenders or comments that are hateful could lead to not being allowed to comment on RHU any longer.

As a member of RHU if you are offended by a comment, please contact us. DO NOT confront the commenter or poster. You are basically wanting to call them out and disagree with them – even if you think you are doing it in a nice way. We will delete your comment and you will have broken the rules. Confronting another commenter over what they wrote in a negative, condescending, or shady way may lead to membership cancellation. Contact us and let us handle it if you don’t like what someone else has written in comments.

3. Disagreeing or writing negative comments about another member’s comment is NOT ALLOWED. 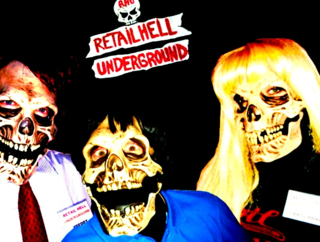 RHU is about support and offering positive advice, so if you see a comment that sends you over the edge and pisses you off, contact us. It may need to be deleted. Don’t announce your opinion about the person and their comment to the RHU community. We all follow the same action that was mentioned above, don’t write anything and just scroll on to the next post.

Unfortunately we have had some horrible incidents go down here over the years and friendly disagreements, criticisms, or debates often lead to explosive arguments. They always end badly and then the hundreds of people that read these comments feel bad too. Energy begets energy.

If you want to write a comment of support, humor, or inspiration directed at another RHUer’s comment, it’s totally fine, so long as it’s sincere and not done so in a way that could be considered sarcastic, trolling, or shady.

Thanks for taking the time to read the Golden Rules of Commenting on RHU! We want everyone to have a great time when they’re here and even after they’ve left. Nobody should walk away from their computer, laptop, mobile device or tablet feeling angered, saddened, or upset by what someone else wrote in comments. We hope to curb some of that with these unique rules.