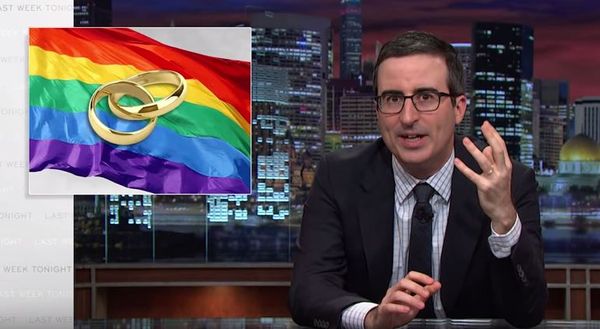 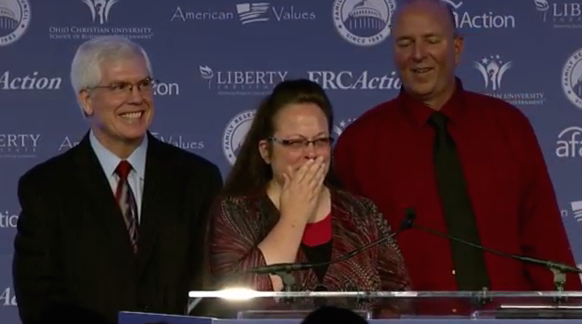 From Hiedi: Your 15 minutes of fame was up 2 hours ago.  Fucking Bitch.  Can you like go away now??

WASHINGTON -- Kim Davis, the Kentucky county clerk who went to jail this month for refusing to follow the law and issue a marriage license to a gay couple, was given an award at Friday night's conservative Values Voter Summit.

Tony Perkins, of the Family Research Council, presented Davis with a "Cost of Discipleship Award" that compared her with Martin Luther King Jr., Rosa Parks and Abraham Lincoln because, like them, she "pursued justice at great personal cost."

"In today's conflict over the meaning of the irreplaceable civil institution of marriage, one elected official, Kimberly Davis of Rowan County, Kentucky, has inspired millions of her fellow Americans," Perkins said, reading aloud from her award. "As her words and actions attest, she has proceeded with an unshakeable blend of humility and determination. In doing so, she has reminded us we must remember to kneel before we dare stand."

Davis got several standing ovations as she stood on stage. She cried each time, and received a bouquet of flowers as Perkins read the text of the award.

"I feel so very undeserving," Davis said, choking up. "I want to start by thanking my lord and my savior Jesus Christ. Because without him, this would never have been possible. For he is my strength that carries me."

Davis said she's realized through the challenges in her life that Jesus will "show up at just the right time. His time is always perfect."

She didn't speak long. Her quivering voice turned to shouting by the end of her remarks, when she concluded with, "I am only one, but we are many!"

Davis left the stage to another standing ovation and, bizarrely, circus music. Here’s a way to add some color to your chips and salsa platter: Doritos is producing rainbow-colored chips in partnership with nonprofit It Gets Better.

Doritos Rainbows are a limited-edition version of its Cool Ranch-flavored tortilla chips to show the chipmaker’s support of the LGBT community. The chips come in shades of green, blue, purple, red, and orange inspired by colors of the Pride flag (or, perhaps, Skittles’ “taste the rainbow” tagline).

“There’s nothing bolder than being yourself,” the company declares on the package. 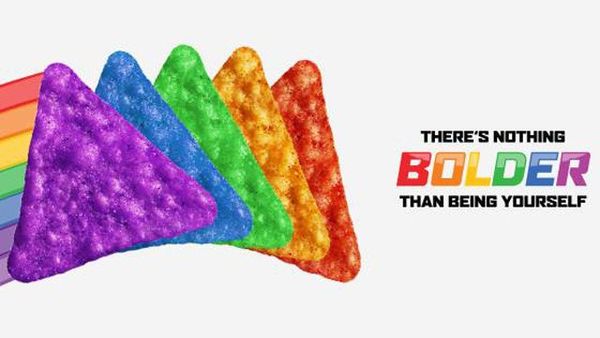 You won’t find these fun snacks in stores — you can only snag a bag of Doritos Rainbows if you donate $10 or more to the It Gets Better Project. 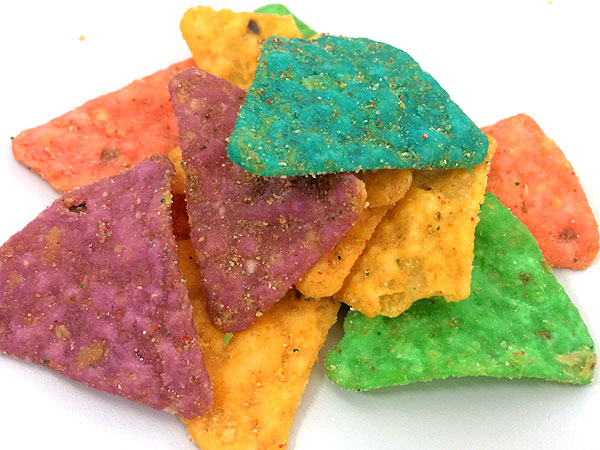 Once you donate, Doritos will ship the snacks to you in about 1 to 2 weeks. One hundred percent of proceeds go to It Gets Better, and Doritos covers the shipping costs.

And you’ll have the most colorful tailgate snacks on the block, and be supporting a great cause. 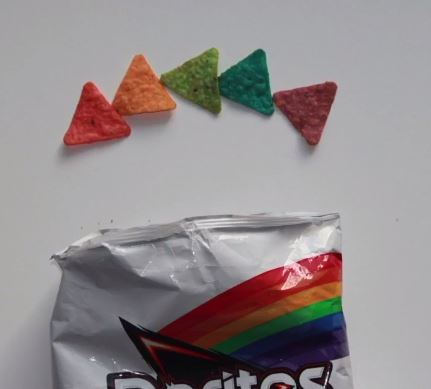 It actually happened a while ago already. The Internet has leaked out into real life. Now, there are ads for Facebook on seemingly every product, and commercials use hashtags. Before their concert on Friday, The Foo Fighters continued this trend of bringing the Web to real life by ‘Rick Rolling’ the Westboro Baptist Church who were protesting nearby. Naturally, the crowd loved it. 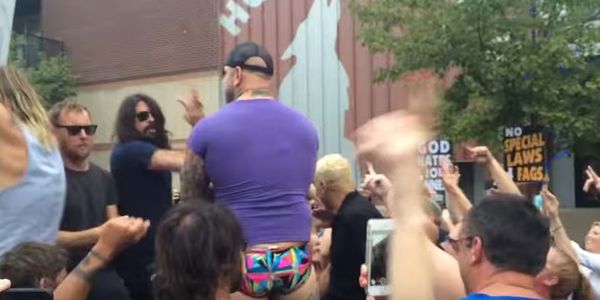 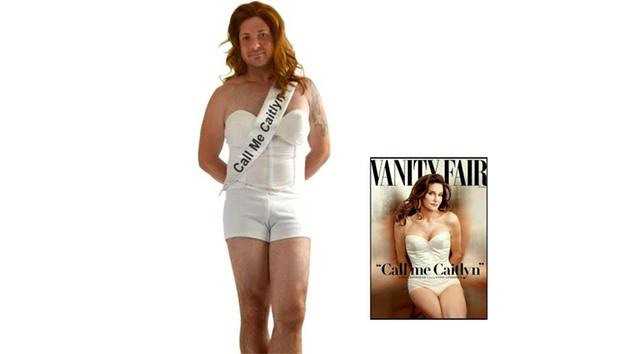 A costume inspired by Caitlyn Jenner is triggering a social media firestorm months ahead of Halloween.

The "Call Me Caitlyn" costume consists of a padded top, matching shorts and a wig, and is very reminiscent of the outfit Jenner wore on the cover of Vanity Fair. 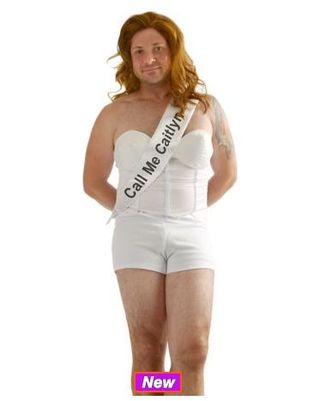 Spirit Halloween and AnytimeCostumes.com are one of several retailers carrying the costume, which is selling for $74.99.

"Caitlyn Jenner has proven to be the most important real-life superhero of the year, and Spirit Halloween is proud to carry the costume that celebrates her," the company said in a statement.

Meanwhile, many people on social media are criticizing the costume.

A petition on www.change.org says, "Do not turn Caitlyn Jenner into a costume. Your profit will only lead to greater transphobia and marginalization of an already at risk community." 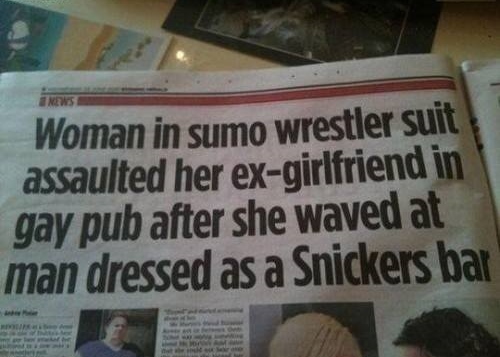 From ticktockligament: I hate it when this happens...