HOW TO MAKE WINDOW WASHING FUN 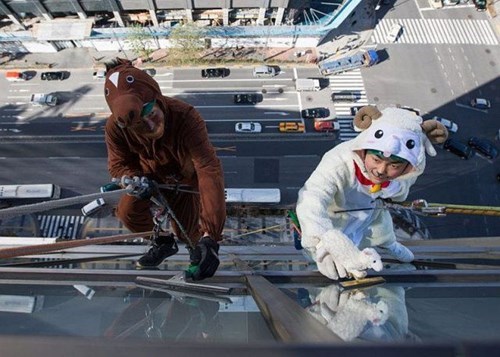 From Mon Thru Fri 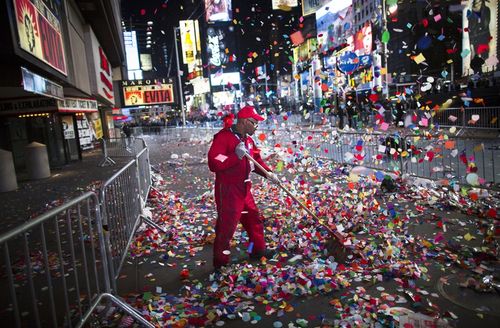 From raask: Cleaning up Times Square after New Year's. In this day and age, the best they can come up with is brooms? I mean at the very least some leaf vacuums? I mean, really, nothing????? 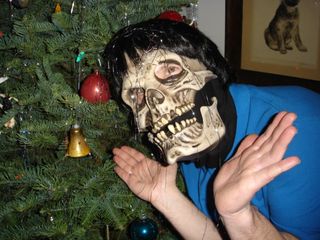 At Bullseye managers say that overtime is bad and ruins hour totals, but in December that seems to go out the window.

I start to clean, I am about half way done, it's 4:50 then I hear over the radio "Janitor needed to cosmetics! A ceiling tile collapsed!"

I ignore the call. There are 2 other janitors and I was supposed to be gone already.

Store Manager: But aren't you the only one here?

I pick up my trash can and see what is up. Long story short it took me until 5:45 to finish. (giving my 41 hours that week.)

On my way out the cashier manager asked "Hh? why are you here so late?"

I told him what happened and he said, "Yeah, store manager was correct; (co-worker1) was on lunch and  (co-worker 2) wanted his break.

But I cannot be mad, because of coworker 2. (I call him 2 because he was hired later,) he showed his true courage.

Coworker 1 was sick (but still at work because in December calling in sick is forbidden). And during black friday (when all 5 janitors had to work until 12:30) I felt so tired (I had been up since 7 am cooking Thanksgiving dinner) I almost passed out (coworker 2 saw me because he asked me about the possibility of clocking out at 12:20 to be able to catch the bus home.) I clocked out at 12: 15 that night and made sure to tell him was ok for him to clock out in time to catch the last bus of the night.

So when the managers asked who would be willing to stay Noon - midnight the ENTIRE Christmas week he volunteered.

God bless him (and he is getting an insane amount of overtime pay.) 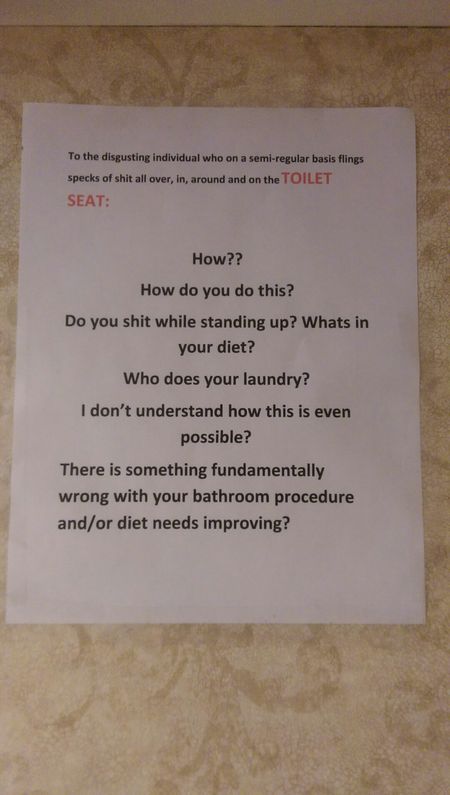 From HerrWafflehoff: Posted on the men's room door by one seriously pissed janitor in my office building after repeated violations by the same mystery individual

Spray Bottle Down in The Deli Department 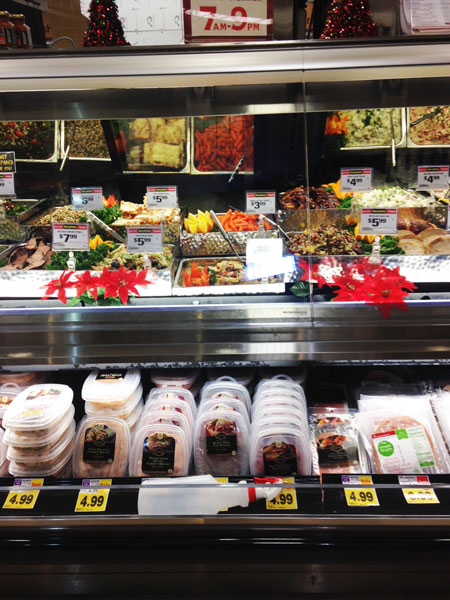 Spotted a spray bottle down while I was shopping at Ralph's today.

If you work or have worked in retail where you had to clean glass display cases and counters, you can relate to this! We used to leave glass cleaner bottles everywhere at The Big Fancy -- standing next to $2,000 designer handbags. Usually the cause for leaving the spray bottles behind was an eruption of retail hell...the phone would ring or a customer would pull us away into some kind of exhausting shopping dilemma that would go on for half an hour.

In this case, the bottle probably fell off the counter, or was knocked over by a custy. After taking the pic, I picked the bottle up and handed it to the girl working behind the counter. We had a good chuckle. 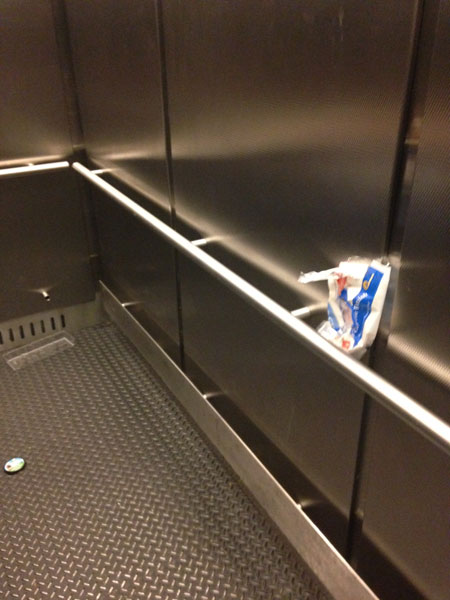 Seriously, a cheese danish wrapper stuffed in the handrail??? 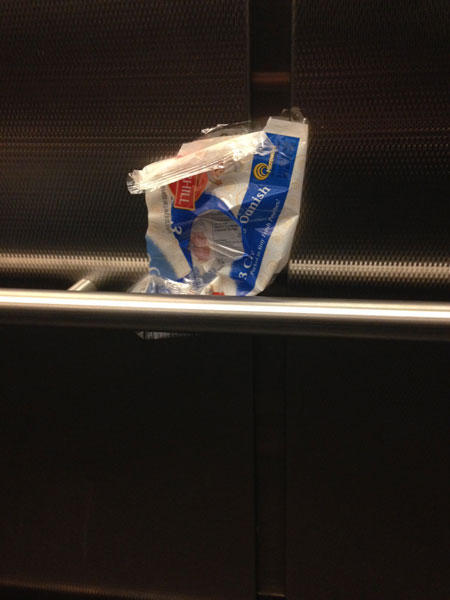 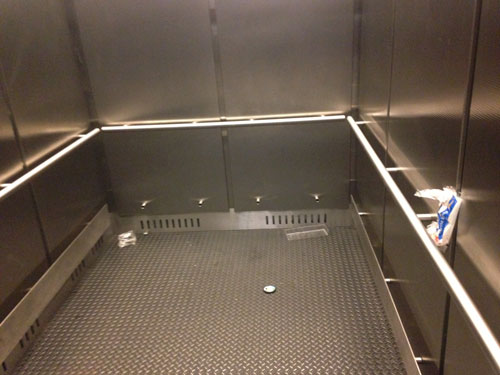