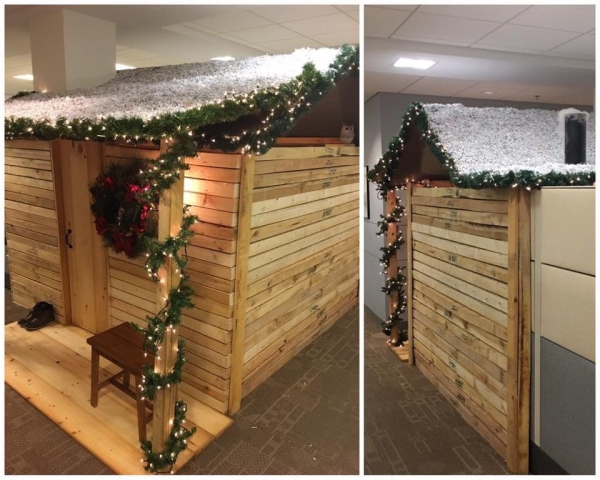 The Armpit Tree, or "Why does holiday cheer smell so bad?" 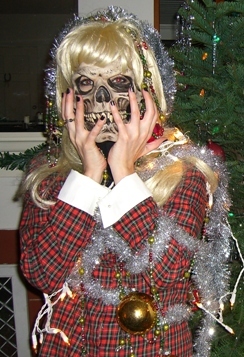 I have worked in the corporate office of a retail store chain for many years. Vendors always send us little thank-you gifts by the dozens, usually boxes of chocolate, or candy, or those ubiquitous tin cans of popcorn. The really nice vendors (with whom we do six or seven figures worth of business every year) might throw us a party (usually with an open bar).
And then there was the company that manufactured a line of air fresheners that we sold the hell out of at the time. They took to sending us little miniature - live - Christmas trees, in a pot, with a cute little bow, sprayed with one of their scents. Which were, by and large, nice. Until they weren't.
The last time they did this, they used a brand new scent called Wintergreen. And they used *way* too much of it. And it smelled like armpit. Literally, like armpit. It was the most god-awful stench any of us had ever smelled. Worse than a urinal that hadn't been flushed in a week. The thing was in the room for maybe ten minutes, and the stench permeated the whole office for four or five hours afterwards. A couple of people went home early because it was making them nauseous.
The vendor was told if they ever sent us another Christmas tree, we would hunt them down with power tools, a shovel for a shallow grave, and a bag of quicklime.
To make matters worse, and much funnier, I had a coworker, Steph, who had as twisted as sense of humor as I do. She salvaged the Armpit Tree out of the trash, and hid it in my storage room (she asked, and, fool that I am, I said yes) for over a week. Then boxed it up (and managed to seal in the smell completely, so it was a complete surprise) and put it into the (white elephant) gift exchange for the office Christmas party.
My storage room never really recovered. But it was worth it. 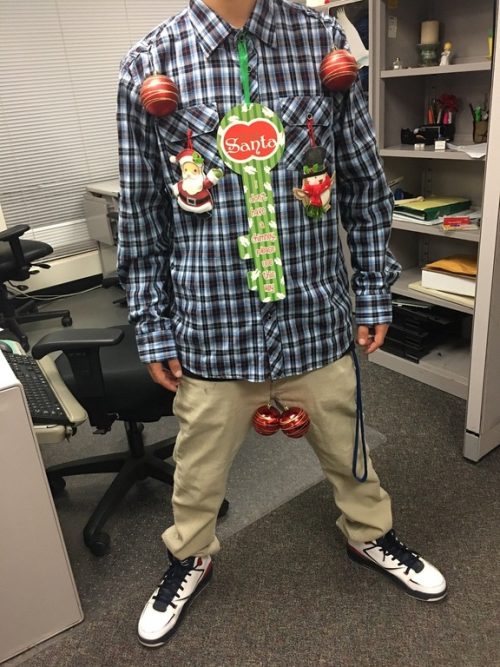 From w1cked831: Today we are having our holiday lunch at work. Since I didn't bring an ugly sweater they started to decorate me. 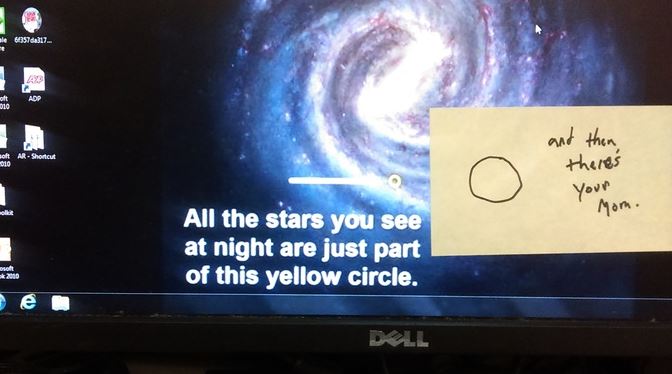 Punctuation is Important: Coffee Can S.O.S. 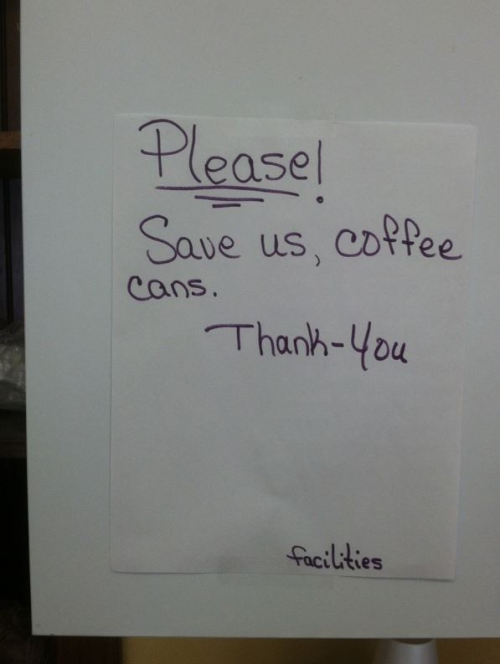 What's The Worst Thing You've Been Called at Work: HR Hell with an Angry Worker 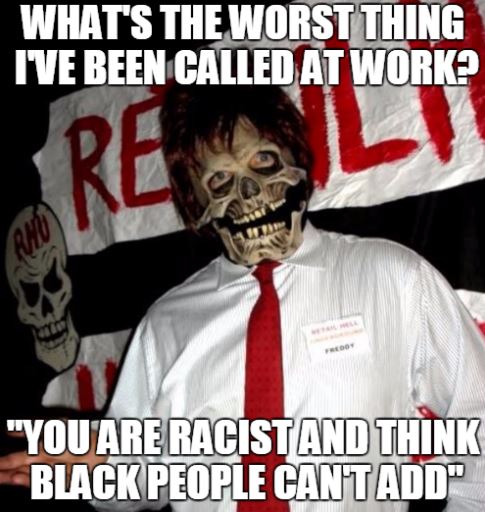 It wasn't in retail - it was in a payroll department. I docked a worker for being late as per the union contract.

She freaks and calls me a racist because she thinks I think "black people can't add."

WTF? Are you serious? You are docked because you're fucking late, not because you think that I think you can't do math because of your skin color???

That was a baddddd day in my office. Car was keyed, too.