Scheduling Nightmares: Why Can't Eight People Do The Work Of Twelve?! 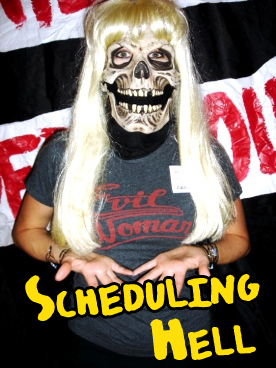 I've been part of the truck unload team for a national department store going on 4 years now. There's no regular day for trucks, just that we get one per week on any given day.

A few terms and details to comprehend my tale:

Thrower: Person who is physically on the trailer putting boxes on the line; usual guy doesn't work Sundays because public transportation doesn't run, so I'm his back up.

Cutter/Sorter: Person who cuts open boxes and determines which way down the line they go (either clothes or everything else); usually done by the supervisor with me as backup when he has to attend to store functions or just isn't there.

Unload time: Expected time for the truck to be empty so we can then push merchandise to the sales floor or backstock. Figured by some corporate standard on total man hours it should take divided by actual employee count. Ignores dock size, set up, and amount of usable equipment (racks and u-boats) of every store, which is different and does matter.

It was a Sunday in which the supervisor had off, and no one else with experience doing either primary function is there, so an older guy who usually single handedly takes care of the non-clothes steps up as the cutter/sorter (C/S) while I throw. The store manager is the opening manager, but isn't at all involved in the unload process. Which brings me to the specific tale:

Two hours into the unloading, store manager (SM) comes back to check on us: 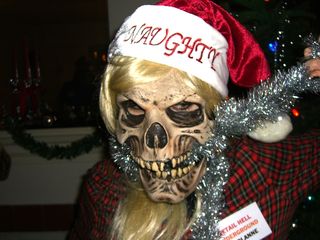 I mention this a lot during trucks, but it's often dismissed, as the SM proceeded to demonstrate.

SM: "There were no call offs (lie), we're not missing anyone."

C/S: "How many are we supposed to have?"

Store manager shuts up after looking around and realizing there's only eight of us. Later says he'll finally do something about scheduling for future trucks.

The lie: I noticed during our break that there were two more names on the schedule to work truck, one was crossed off on the daily who's who, the other wasn't. Not sure if one called in other was fired/quit or what, but still means they intended 10 people there, not 12.

Dollar Tree Has Everything You Need For a St. Patrick's Style New Year's Eve 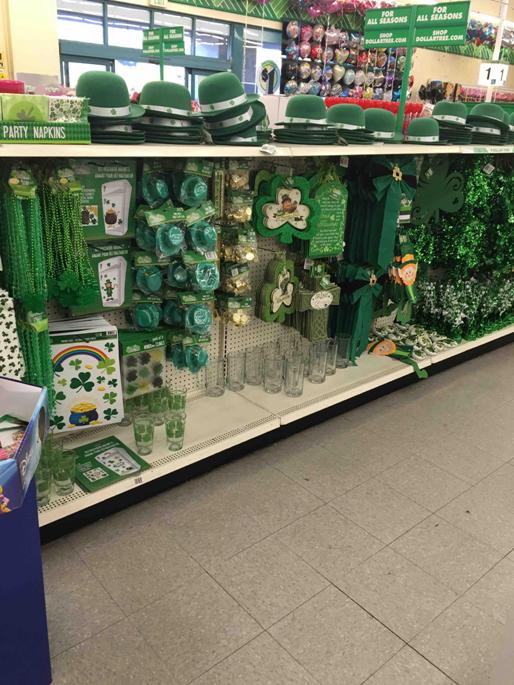 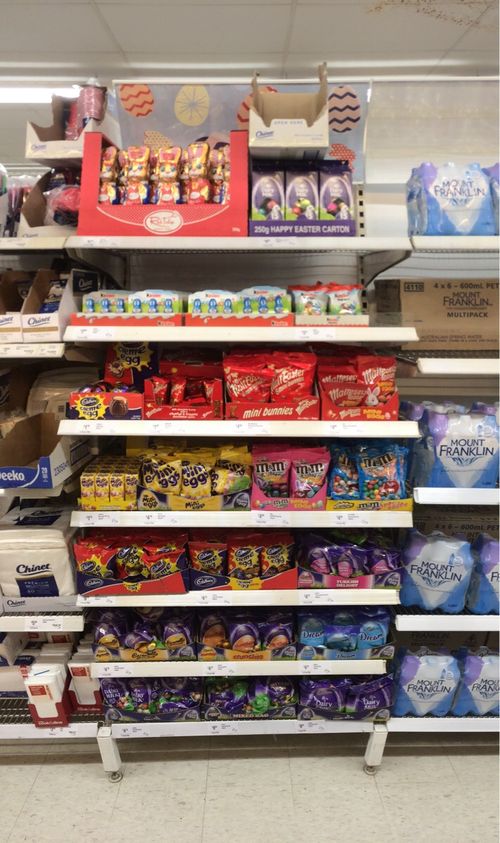 A store in Australia offering Easter treats for New Year's Eve. Besides the obvious craziness of pushing Easter products at the end of December, the other scary thing about these stores receiving chocolate 3 months before a holiday is that it makes you realize if you wait till around Easter to buy it, you'll be eating chocolate that's not quite fresh being over 3 months old! [Even though many chocolate goodies have a long shelf life]

Awkward Product Names: This Is A Flavor Nobody Asked For... 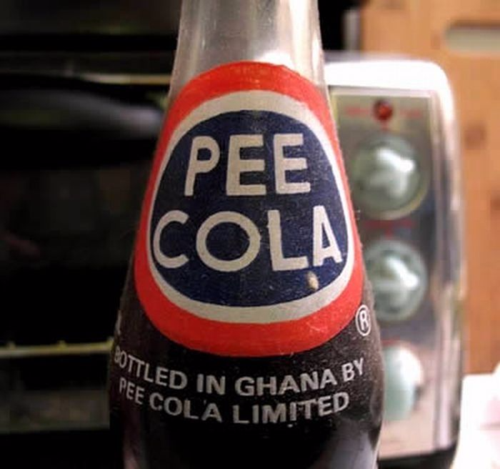 Craft Store Hell: "You're Closing But Will You Give Me Extra Time To Shop?" 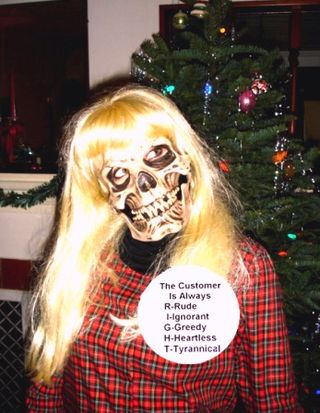 I work for an Arts and Crafts store that happens to be liquidating my location, so we have a huge, store-wide sale going on (30% off of regularly priced items, 50% off of clearance), and we no longer take coupons. So naturally we have lots of people wondering exact prices and asking us to do price checks as they're checking out. No problem.

So I usually work the closing shift. We close at 9 and usually we're out around 9:15, 9:25. Last night there was a woman in the store almost 20 minutes after closing, just browsing and then taking her sweet time to check out. She asked for price checks on almost everything she had (which was a lot), decided not to purchase some things already rung in so they needed to be voided... which her cashier couldn't do herself so I needed to give my code.

She went on and on about the party she was throwing and how difficult it was gonna be, trying to engage us in conversation while we were trying to run closing procedures. We finally got her out of there, it was almost 9:20, so we had our end of business meeting while the final cashier was counting down her till.

After our meeting, while we were loading the drawers to be brought back to the safe, our framer, who had been walking the floor, said she encountered the woman on the floor during the closing announcements.

She told us the woman had asked her, "Are you gonna give me extra time to shop?"

Seriously lady? No. We're done. You had eleven hours of business that you could have used to shop with us but instead you chose to come in right before we closed.