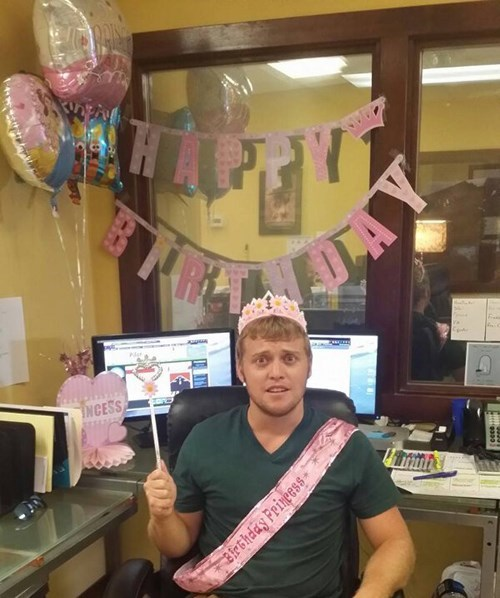 A Celebration Few Of Us Get To Enjoy 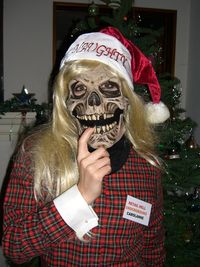 It’s great at Christmas though, no having to put up with 500 versions of Jingle Bells.

I didn’t realize until yesterday (4th day at a new job) what I love about this new place: NO MUSIC. NO GODDAMN MOTHER&^&^%& CHRISTMAS MUSIC! 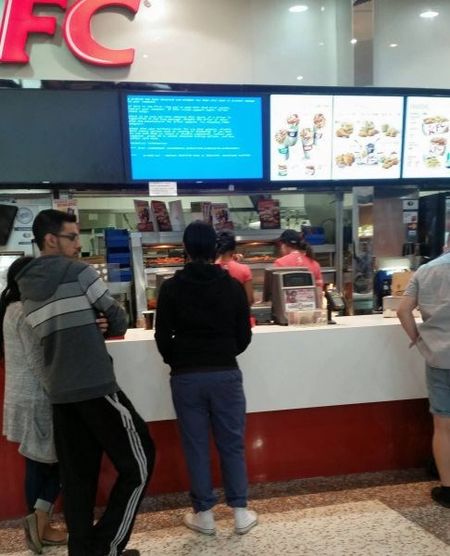 From Mon Thru Fri

Strange But Funny Signage For Sale The Streets of Hong Kong 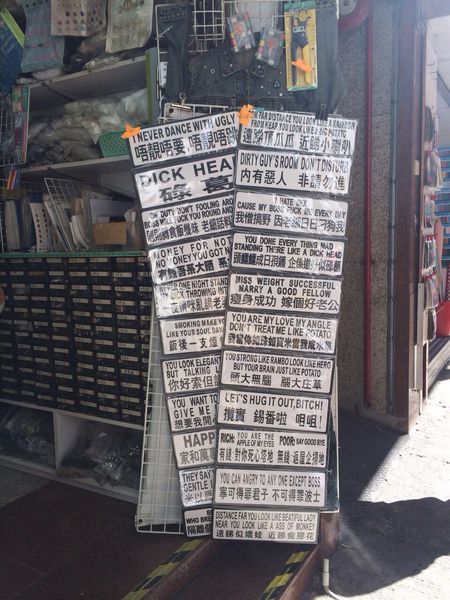 Oopsie! Not Reading The Sign Hit A New Level! 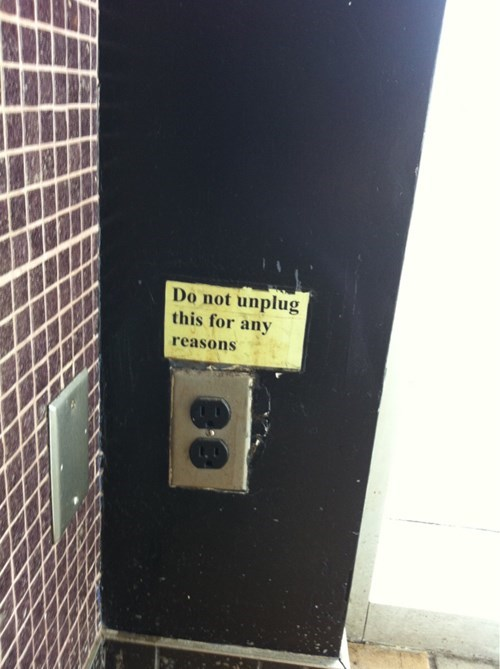 Asshole Coworker Steps Up Bullying To Intimidation And Harassment So I work in an auto parts factory. Not super exciting. Most people are first-generation immigrants and so english isn't their first language. Makes communication... interesting. From there, not a lot of white people, and even so fewer women. I'm a white woman. I'm a very very super small minority in this building. Yes, this is kind of important.

I got this job via my fiance. It pays better than basically anything available in my town unless you go off to university. It's a great company with great benefits all around. I've wanted to get my foot in the door here for a while now. Finally, after two years of trying we managed to get me in this past August.

Training is with a Filipino guy, the most abundant group of people at this plant. Most of them hold onto their language and use it regularly. That's cool. However, I would often times be standing around with a goofy smile on my face while a group of four Filipino guys chatted in their language. Awkward right? Whatever though.

Like most places with organized group breaks, I went for a break and not knowing anyone, I sat with my trainer. I half expected him to go "Hey this is my trainee "name" she just started' and introduce me to the table and include me. Hah, I'm cute. No, the table chatted away all break in another language. I sat there, the lone white girl, awkward and uncomfortable. It was freaking awful. 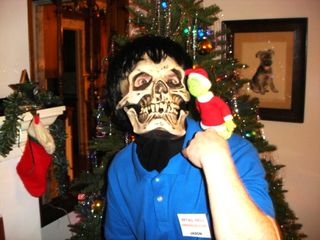 Any time he would come in early he would be in my way, rifle through my tool box (little plastic box with the cutting tools for my machines), he would interrogate me as to why I had only made X number of parts instead of the maximum we are supposed to make. He would get in my way and bother me if I tried to do my clean up, he would often times tell me not to worry about doing the clean up. However, a few days later he would bitch and moan that he is the only one who cleans.

Bite me asshole. You tell me not to do my cleaning stuff at the end of my shift and bully me out of my work area? I'm not going to do the cleaning, but don't be mad if your supervisor gets cranky it's a mess and blames you for being a lazy dinkus!!

I got fed up with the behaviour on Friday and told my supervisor. He assured me he would deal with it on Monday (our next work day). Yesterday I'm at work and supervisor comes over and again assures me he will deal with it, just wants a little more information so he knows he's got the full story. So I relay what's been going on. He smiles and again assures me he will deal with it. In my head, I'm going "Yeah.... you keep saying you'll deal with it. I believed you the first time you said it, now at time 81,765,134 I'm not so sure I buy it anymore." 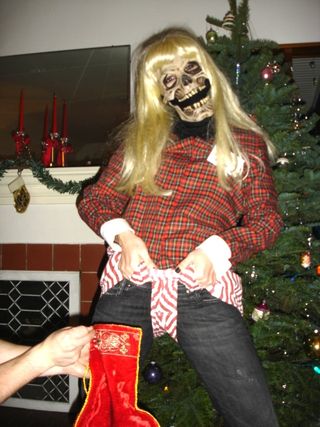 Low and behold 10:15 comes around and here comes my coworker. Against all odds, my supervisor taps him on the shoulder and goes "Hey you got a minute?" and they walk away.

This gives me tons of time to deal with my final clean up duties!!! I watch out of the corner of my eye as my coworker gets more and more agitated while my supervisor tears into him. Not going to lie, I may have enjoyed it a little bit. So this goes on until 10:30 and my coworker storms back into our work area and yells at me "So are you DONE with the machines? Am I ALLOWED to start working yet?!?!?!"

"Yup, go ahead. I'm all finished, enjoy your night!" And I walked away.

He followed me!! Now I wasn't too concerned about that yet. We have a little office area where our tool boxes are kept, we get our various protective gear and stuff there. So being followed over there at shift change was kind of "acceptable". However, he made sure he got a whole group of his Filipino friends to be around him as he sarcastically yelled at me "Have a safe drive!!" (It almost sounded like a vague threat, or at least wishing we would hit black ice and wrap around a telephone pole on the way home). Again whatever.

You think it ends there wouldn't you? You'd be wrong. Here's where things got scary. I went up to the lunch room because my fiance works until 11pm. We only have one car so I stick around for a half hour and then we drive home together. Well, I'm sitting there screwing around on my phone killing time on facebook or checking my email or something and I see him come upstairs! Someone questions why he's upstairs 10 minutes after his shift starts. "Breaktime!!"

Uh huh.. He sits down with another Filipino woman and they start talking in their language. I can feel the daggers he is shooting at me through his eyeballs. Whatever, grow the hell up. You're 40 years old, act like it!

Well, the woman leaves for whatever reason and he walks over to me. He leans over my shoulder, one hand in front of me on the table and the other holding firm to the back of my chair. I'm trapped. I can't get away. He leans down real close into my face, buddy is all up in my shit now and he is fucking pissed.

Trainer: "What did I ever do to you. I've been nothing but nice to you!" 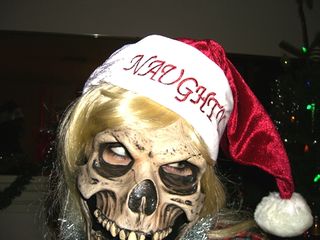 Yes, because making a joke about how my rabbit died because he was old and "must have forgotten to breathe" is really nice.

Trainer: "I never did anything to you! Why would you do that?"

Oh, I don't know, maybe being a sexist bastard who preys on younger women and spreads lies and rumours about sexual misconduct between you and them makes me unhappy?

Trainer: "I didn't bully you! Tell me what I did Friday that was bullying!"

Me: "I'm not talking about this -name- go back to work. If you feel this was unfair take it up with -supervisor.

Trainer: "Oh that's right, you can't give me an example of what I did wrong and was a bully because I. DIDN'T. BULLY. YOU!" He turns away to leave to go back to work and mutters "Thanks a lot!"

So yeah. Bully complaint is now being upgraded to intimidation and harassment. I was followed last night and confronted. Just typing this out has me super on edge. I just... ugh.