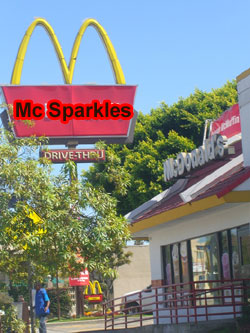 I apologize for being so silent as of late, but... I've felt a bit guilty. Y'see, while many of my fellow RHU'ers had to work Christmas, I... had a four-day weekend. Well, at least they made me work New Years Day, and let me tell you, It was about as fun as drilling a hole in my kneecap.

A customer came to my speaker, and placed an order, something to the tune of 19 bucks. He pulls up to my window and says:

"I came through here earlier, and the cap wasn't secure on my sprite, and it spilled. I was so mad I threw my whole order out. Can I get my order free?"

I... I was floored... I've had my share of crustys, but they've been relatively tame. Then I'm hit with THIS? This is the kind of crusty I've only read about in storybooks. I was so surprised, I stuttered "...Lemme get my Manager."

Now, there were 3 Managers working. Thing 1, Thing 2 (they both have the same name), and Ms. Awesome. I got Thing 1, and told her the situation. I was expecting her to tell the custy "What are you, crazy?"

SHE PROMO'D OUT HIS WHOLE ORDER.

THAT was another blow! This is usually a manager who doesn't take shit from anybody, and here she is, just... caving to the customer's fancy for no good reason! We didn't even have any proof that he had ever even BEEN THERE. I talked to Ms. Awesome about it later, and we both agreed that neither of us would have done that.

The next morning, I'm back at work. There's about 10 minutes until my shift starts, and Thing 2 is running Drive-Thru and Front Counter by herself. She asks if I can clock in early to help her.

As soon as I get behind the counter, she shoves the headset at me. Doesn't even give me a chance to clock in or put my stuff away. I rush to take the one order in line, and return to the front.

Thing 2 is nowhere to be found.

Meaning that now, I'm running DT and FC all by myself.

I see Pequeño, the next manager, show up, and I think "Oh, goody, someone to help me!" Then I remembered that she was supposed to have been there 15 minutes ago to do her pre-shift paperwork. Which means she's gonna do it now, meaning I've got about 15 more minutes of working by myself. JOY.

Lastly, a little note to all the fuck-faces who think it's a good idea to dump their milkshakes and sodas in my drive-thru.

Seriously, it attracts bugs, it gets sticky and stinky, and it makes a mess. Would you dump soda in your own driveway? No? THEN DON'T DO IT HERE! ESPECIALLY WHEN THERE'S A HUGE FUCKING WINDOW, AND I CAN OBVIOUSLY SEE YOU! 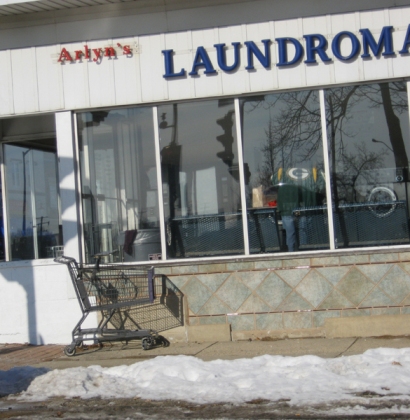 ...to find a new job and get as far away from the parking lot, piggy shoppers, and hellspawn as possible. From Mick. 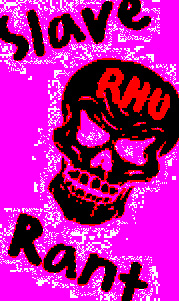 From Slave With No Name:

I'll write about more of my stories another time, but this one happened today and it just made me so upset that I had to share.

I was working with my mom in her boutique in a fairly upscale suburban area. Our custys are usually pretty polite, since they live in the area. It's pretty rare that we get rude custys, but it does happen.

This bitch that came in today was not only rude, but she took the motherfuckin cake.

It had only been an hour since we opened, and we'd only had two customers (one of whom was channeling Snooki at her finest, but I digress). Now, I was already pretty tired, since we rearranged the entire store last night and my mom and I didn't get home until 11 PM and had to open again this morning.

I was standing at the counter when Fat Bitch (FB) walked in and loudly announced what a cute store it was. Thanks and all, but I could already tell that she was gonna be an obnoxious fuck when she started commenting on every single thing that she touched, which was also everything.

I went into the back to get a drink of water, and walked back out to the counter where my mom was assisting. FB then looked both of us up and down and in her nasally voice, started talking:

FB: "My daughter's skinnier than I am, but I guess you're not like that, are you?"

Now, I may be bigger than my mom, but I'm still skinny by American standards. She's 5' 6" and 110 pounds and I'm 5' 8" and 133 pounds. This is 10 pounds more than I used to weigh in September, and I gained this weight because of medication I had to take for one of my various problems.

FB's comment wouldn't normally bother me, but her "big" comment came after a string of criticizing comments during Christmas from family/family "friends" on how I was getting a gut and how I used to be so skinny and blahdifuckinda. Sorry I had to take medication, guys, but last time I checked, you're not so hot either. So fuck you.

Anyway, so my self-esteem was already kinda low and FB just tipped the scale so that I ended up crying after she left.

I've laughed in customers' faces, yelled at customers, and I've even cussed at them, but NEVER have I felt this bad about myself and cried because of a custy. FB is very VERY lucky that I was at a loss for words or else I would've torn her a new one.

Also, even if I were fat, she must have the manners of a crusty and their hellspawn being fucked sideways on a horse on Black Friday to say it to my face. God help her if I ever see her again, because I will fuck that bitch up.

Anyway, thanks for letting me get this off my chest. I still have more stories from the crusty vault of shame for another time, including a small man with an even smaller temper and an inferiority complex.

Until then, hang in there, fellow slaves!

--Someone who needs suggestions for a name =) 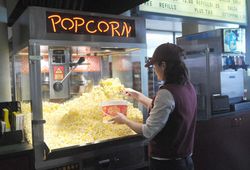 Burger Bitch's post about the lady who said she was allergic to ice reminded me of a lady I encountered when I worked at a discount movie theatre.

It was a Saturday, which was our busiest day of the week, so we were constantly making popcorn. (We only had one machine, again we were a discount theatre).

It was right before the next set of movies started so we had made enough popcorn to fill the machine. It was literally flowing over.

Then this "healthy" bitch comes in. I will call her HB.

Let me just start by saying that I don't know how other theatres work but we put in a cup of this seasoned salt when we popped our corn.

HB: Can you make some new popcorn without adding any salt?

Me: Sorry, we just made some and there isn't enough room for more in the machine at this time.

HB: Oh, I would really like some with no salt. I don't eat salt on anything. Come on you guys do it all the time.

Now let me say that we will make fresh popcorn for people if they ask, but like I said the machine was overflowing.

I decided to ask the manager and they said fine.

As the popcorn is being popped (it takes about 3 minutes) she starts asking me and my coworker if we put salt on anything.

HB: I don't put salt on ANYTHING. I always ask that there not be salt on my fries. Do you put salt on anything?

Me: (stupid me for answering a question. I really should know better) Just on my popcorn and sometimes my fries.

HB: YOU SHOULDN'T PUT IT ON ANYTHING! It's really bad for you. I should know..." Blah blah bullshit bullshit.

Whatever lady. She continued on the entire time. I even put the bag under the kettle to catch the popcorn so she wouldnt get any salt.

I give her her popcorn, and what does she do?

Come on RHUers, you know the drill.

SHE WENT OVER TO THE CONDIMENTS AND POURED SALT ON HER FUCKING POPCORN!

She went off for several minutes about how we needed to not put salt on the fucking popcorn and then she just dumps it on there! Not just at work, but in our personal lives!

I guess it's one of those do as I say not as I do things. I think she just wanted fresh popcorn, but we had just made some!

Grrr At the time I was super pissed because we were busy, but now I just think it's a funny crazy custy story.

Over time hopefully the rest of you will stop being mad at these stupid custys and start laughing at the ridiculous things they do! 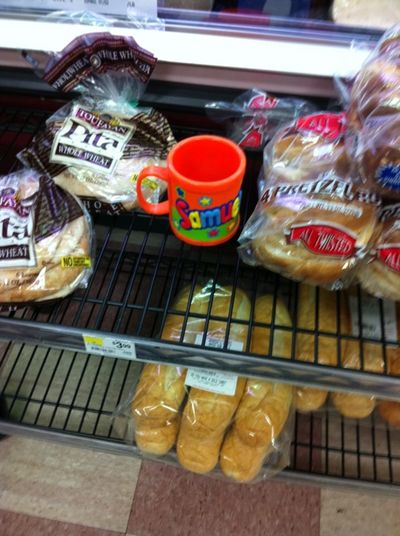 From CiCi: I guess Samuel decided he didn't want his mug. 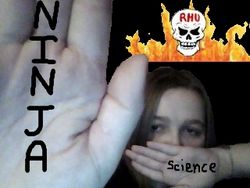 Hi Rhu, Just decided to check in with something that made my day

A three year old boy came up to me, with four dresses in his hands.

I took them off him, as he told me that they were a present for his mummy.

His mum was standing just by the tills, so she was watching over him.

He gave me the right money (most dresses are £5 at the moment, so it was only £20), and I gave him his receipt and as I was going to bag them up, he said "can you put them in a bag please so mummy can't see them?"

I gave him his bag, and he skipped off, happy as Larry. His mum later told me that he'd saved up his birthday and Christmas money, along with some money she gave him!

He said his please and thankyou's, and was probably one of the most polite customers that I've ever served

There is hope yet for the future generation.

Keep on fighting them retail battles,