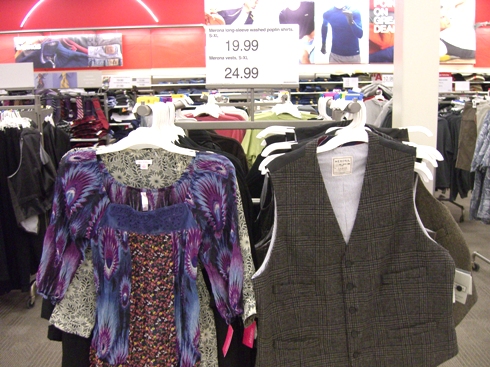 ...or men's clothing is taking a turn for the worst. 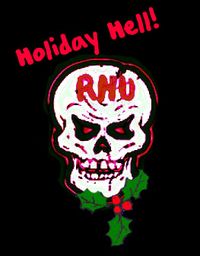 This entry was sent from Malmart Peon on the 20th. We've got a bit of backlog of stories going on right now, but Freddy will eventually pull his drunk ass out of snow back get them posted. Thanks for sending your stories. They will eventually get posted. With this late holiday entry Malmart discusses something we are all familiar with: Dumbass Custys and how they

Hello again everyone!  The Malmart Peon is reporting in with another story of people who can't seem to grasp reality.

It's another beautiful day at Malmart, and today I ran again into one of the things which cashiers hate, i.e. the Visa/Mastercard gift cards or rebate cards.

It seems like a simple concept, but of course nothing is simple in Retail Hell.

As fellow cashiers probably know, the giftcards act like credit cards with a limit of whatever is on the card. If there is less than the total transaction value and the cashier is not informed the card is declined, just like a credit card.

If the customer knows how much is on the card then the amount charged can be altered, allowing the card to process.

Quite simply, if the customer doesn't know how much is on the card I can't make it go. They made it easy to find out the balance with a phone number AND an email address, but you know most customers can't be bothered to take five minutes out of their INCREDIBLY busy schedule in order to save ten minutes or more when they're in line demanding to know WHY their card isn't working.

Too-Busy-Grandma didn't have time, but she had time to spend at least five minutes trying to make her card work and arguing with me.

The kicker was that after she had attempted to swipe her card after I informed her TWICE that Visa doesn't share its information with Walmart and that her attempts were futile, she informed me that we were all incompetent, as it was a GIFT CARD.

Oh, it's a gift card all right, a VISA gift card, not a MALMART gift card. 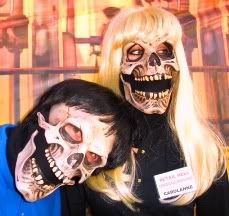 My own roommate, who has heard a billion stories about this very topic came through my line and did the SAME THING!

When these people are confronted with the fact that it acts like a credit card they keep repeating "but it's a gift card."

This is perfect example of a common symptom of customer ignorance: believing that repeating something will make it true.

I can say that I love my job a billion times, but that doesn't change the fact that when I'm at Malmart I have the almost uncontrollable urge to turn my pen into a stabbing device.

Anyway, have a happy whatever-holiday-you-
celebrate, and hopefully Retail Hell Santa will bring us some booze to drown our sorrows in! 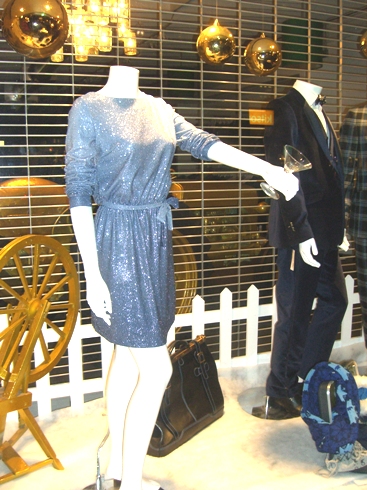 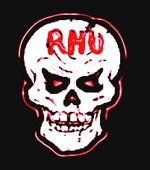 Returner: "I got this as a gift and it doesn't match anything in my wardrobe."

Returner: "Yo man, 'dis don't fit."
RHU Slave: "You should really check the size BEFORE you boost things, son." 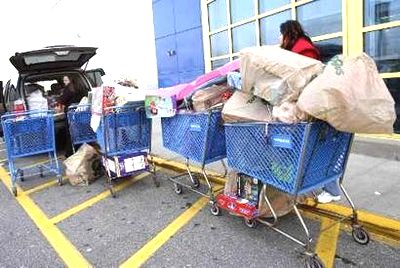 Here's a little ditty I found late last night pouring through trashy New York stories. I thought y'all would get a kick out of it.

Sent in from: Santa's Bitch (aka the unemployed Retail Slave) 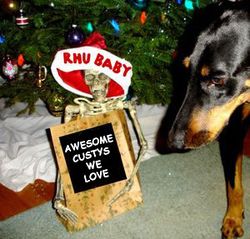 Sent in from SJ:

I just had to share my Random Act of Retail Kindness that occurred yesterday during return hell.

This woman was returning something and didn't have a receipt.

Our policy states that you can only get a gift card for the lowest amount it has been at in the last 90 days without the card you purchased with it or the receipt.

The woman didn't have a problem with only getting 9.99 back, but she didn't want it as a receipt.

So, as I'm calling the manager she's working herself up to a fit.

I'd already had 6 people flip out on me that day and it was only 3 hours into my shift with 6 more hours to go so I said "Lady, calm down. I'm trying to work this out for you."

The guy behind her asks "How much was the gift card for?"

I informed him and he said "Why don't I just give her $10 and use the gift card towards my purchase?"

I looked at the lady to make sure she wasn't going to start screaming and then thanked him profusely.

After she left he said "I could tell she was going to make a scene and hold up the line, so I figured it didn't really make a difference."

I continued to thank him during the sale, and I could tell everyone else in the line was grateful too.

It's nice to know that not everyone is an ass hole like the other people who I wanted to strangle yesterday.

Walking into work and finding the cash wrap covered in piles of clothing gives me a headache.