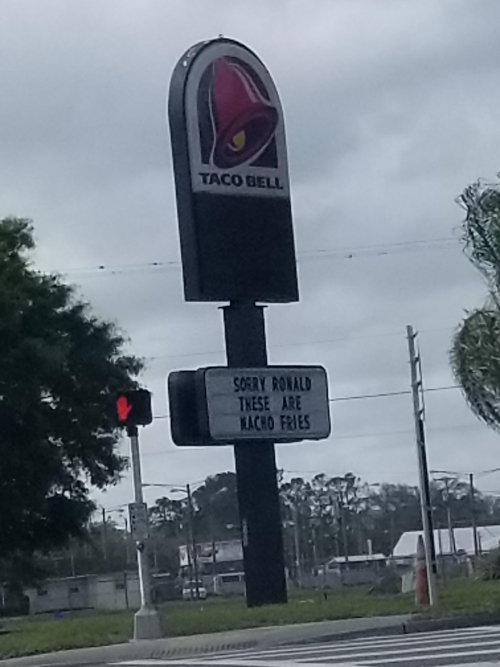 From   turtlepeanutshells: Taco Bell sticking it to McDonald's. 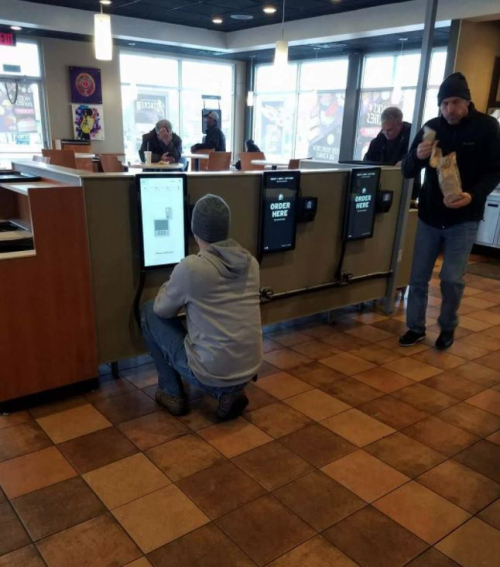 From mtjacksn11, Tales From Retail:

I work at a taco joint with a fairly decent reputation. This story is a little about my stupidity as well as how awesome my manager is.

It's kinda late and I'm going home in about an hour and a guy walks in who looks like he hasn't showered in a while.

I start to get a weird feeling in the back of my head and ignore it. I decide to get this over with. He orders enough tacos to feed an office party.

Strike two.
When he swipes what is clearly a gift card for the store it brings up an error in the system that I hadn't seen before.

Instead of calling his bluff and checking the amount on the gift card, I go and get my manager because I'm thick. Literally the first thing she does is ask how much is on the card. "Um, three thousand dollars?" At that point I finally woke up. Manager lets me take over while crushing this dude's hopes at free food by shouting to the back not to make the order.

In the end the card only had 5 bucks. We got the guy a more reasonable order and sent him on his way.

Thankfully he wasn't annoying about it and knew when he was beat.

TL;DR bum lies about his gift card for free food and manager calls his bluff.

Fast Food Funnies: When You Have a Taco Emergency... 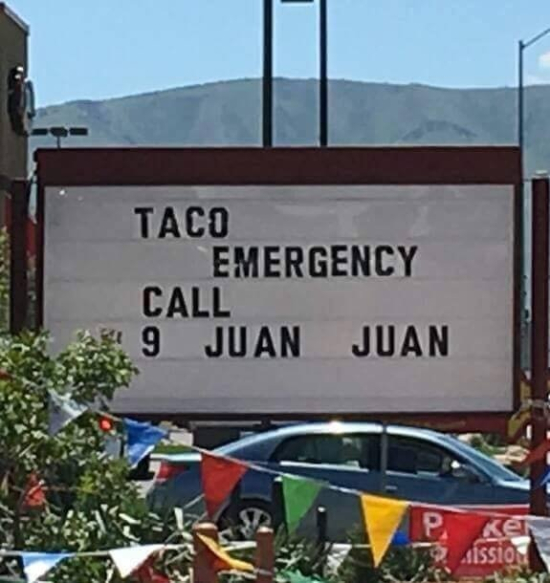 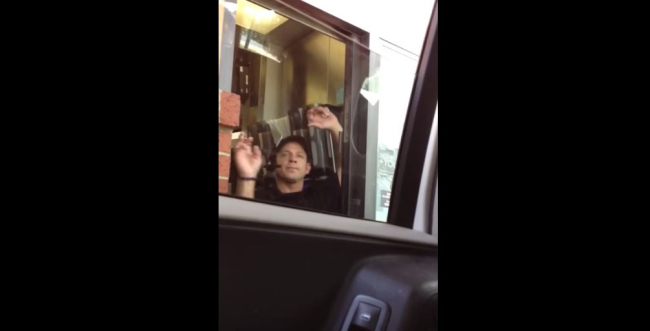 Sidewalk Signage On Why You Need Tacos 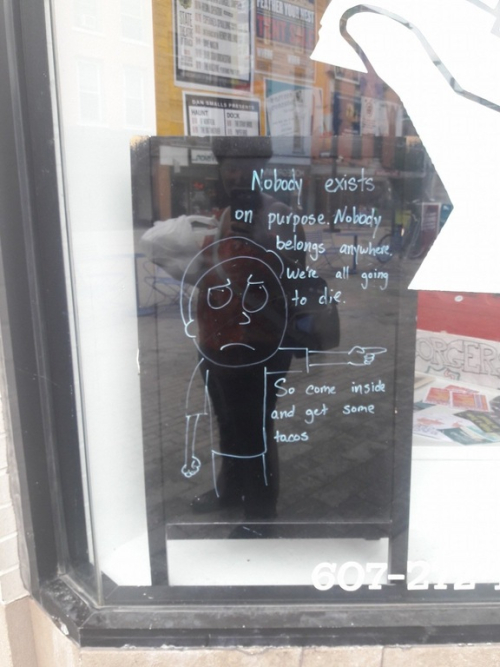